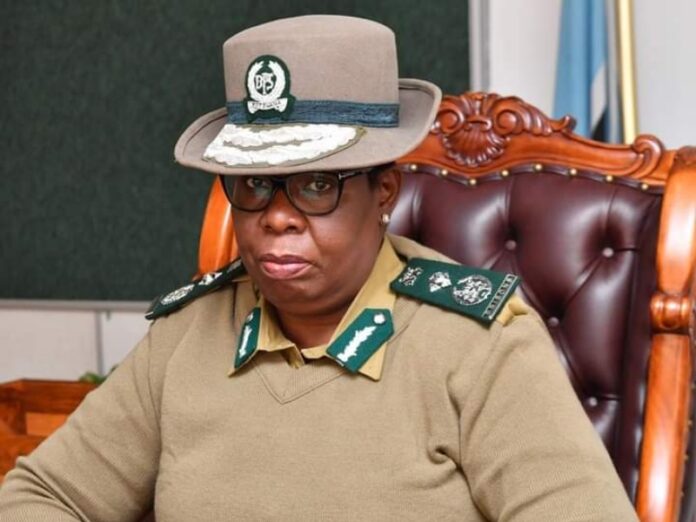 Botswana police Commissioner Dinah Marathe said anybody who does not manage their finances well enough will be fired from the service.

Marathe was speaking during the launch of a new welfare scheme aimed at improving the lives of police officers and prison guards.

Marathe took up the role of commissioner last April and made welfare issues amongst police officers her priority.

“The scheme will offer savings, insurance, personal loans, mortgage loans and venture capital as well as promoting a savings culture and facilitation of officers to pay low insurance premium on credit through the group life cover,” said Marathe.

The scheme allows police officers to better manage the salaries they receive, with Marathe hoping it will stop the officers from being broke.

Marathe said cyber crime was becoming a major issue in their prisons and they have developed solutions for the problem.

She addressed drug and cellphone smuggling by outsiders, claiming that they are putting their lives in danger.

“I must however warn them that by coming closer to a protected area like a prison facility and doing that, you are putting your life at risk,” she said.

“We will never know if you want to help prisoners to escape and if we have reasonable suspicion that you want to aid an offence in a prison, we will act accordingly,” Marathe warned.