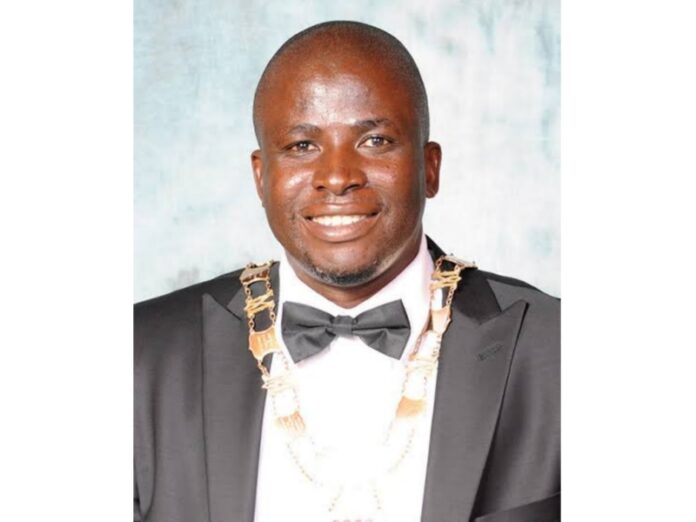 Finding himself on the wrong side of the law, Musina mayor Godfrey Nkhanedzeni Mawela has turned to the Bible to get him out of trouble.

“Forget former things and don’t dwell in the past,” he quoted the passage Isaiah 43:18 as he asked his Musina residents to forgive him for beating up a fellow boozer at a shebeen in the middle of the night.

The “past” he is talking about is little more than a week ago.

The 39-year-old mayor made headlines after being involved in a brawl with a 29-year-old local man at a tavern in the Muswodi area outside Musina.

Mawela was arrested and was granted R3,000 bail later that evening.

After the incident his detractors were calling for his head and urged him to step aside and relinquish his position until the conclusion of his criminal case.

Angry community members said he had disrespected his position, and them, and owed them an apology.

On Monday the mayor succumbed to public pressure and made a public apology to the residents of Musina.

In a short speech, Mawela described last week’s incident as unfortunate and at the same time quoted from the Bible to encourage the residents of Musina to forgive him.

But not all the residents are in a forgiving mood.

The apology was described by some residents as a smokescreen which was more about trying to keep his job than saying sorry.

“We are not at all impressed by what this guy is saying,” said a resident.

“He is the first citizen of Musina and should lead by example. What kind of a mayor is he who goes about beating people up at shebeens? He is a disgrace and must vacate his seat. He is fit to be a boxer, not a mayor.”

Meanwhile the ANC in Vhembe and Limpopo has not taken any steps against Mawela saying the ruling party’s Integrity Committee is working on the matter and appropriate steps will be taken later.

Mawela is not new to controversy. In 2019 he was forced to step aside and relinquish his position as a full time councillor.

He was fingered in the R300 million the Vhembe District Municipality invested in the now defunct VBS Bank.

He found his way back to position of leadership when the ANC elected him as mayor after the 2021 local government elections.