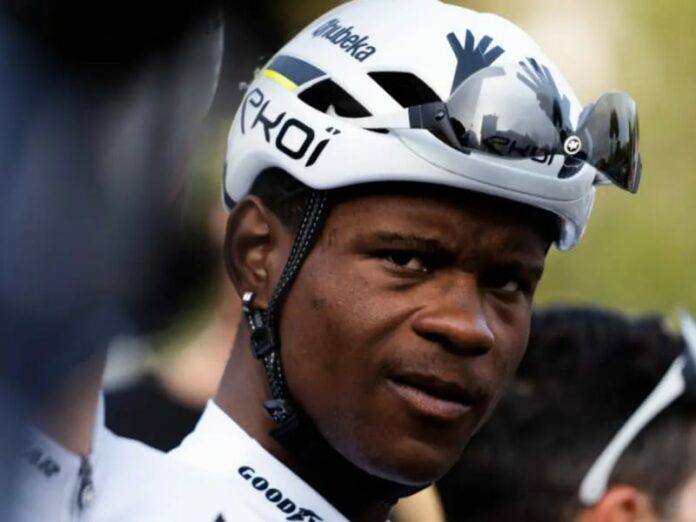 Nicholas Dlamini says the Tour de France has taken a disturbing step backwards after it was revealed this week that there won’t be a single black rider taking part in the race this year.

“It’s quite a disturbing thing. It’s the biggest cycling event in the world. And yet, in 2022 there were no black riders in the peloton,” he told Cycling Weekly.

“I really felt the need to speak about it just to get to hear what people actually think about it.” Dlamini said last year he felt like there was progress.

“To see that this year there are no black riders as it was before was really a disappointment and a huge step backward. Now going forward, what’s going to be done about it?” he said.

Dlamini explained that the issue isn’t that there aren’t talented black riders, it is that the World Tour doesn’t do enough to help them thrive.

“The riders are there. They always have their hands up. It is everyone’s dream to be at the Tour de France,” he said.

Dlamini added that other riders have noticed the lack of diversity and brought it up with him.

“A few people mentioned the issue to me, although it definitely hasn’t been discussed enough. Everyone is busy looking after themselves, stressing about contracts after the pandemic but some still raised it with me,” he said.

“The tour is totally missing out on talent due to its lack of diversity.”

He said when he did the tour he felt as if he was carrying the whole of Africa and South Africa on his shoulders.