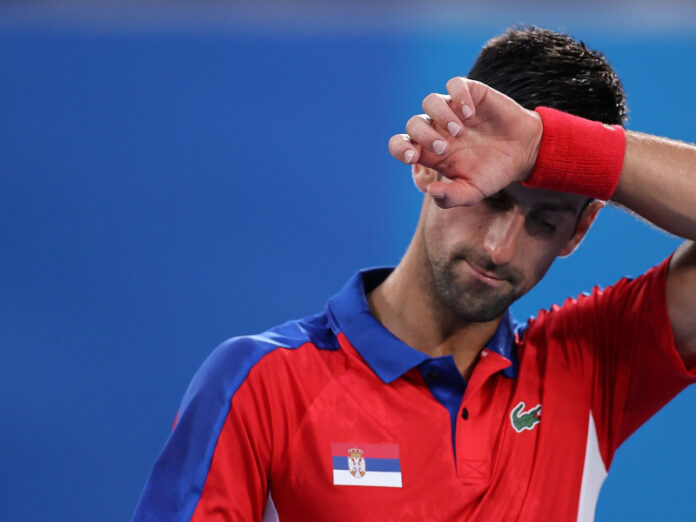 The pain of watching Rafael Nadal break a record that he could have had may be the reason Novak Djokovic is reportedly considering getting the Covid-19 vaccine.

The tennis icon has spent the majority of the pandemic refusing the jab and that resulted in being deported from Australia – twice. But even with the chance to win a record 21st Grand Slam title in men’s singles, he still wouldn’t give in.

Protecting those around him from contracting the virus doesn’t seem to have ever been a factor either.

But ultimately it was the pain of watching his rival grab the record himself which has convinced the controversial tennis star to get inoculated.

“What you hear I think he’s getting vaccinated,” his biographer Daniel Muksch said.

“Maybe the final in Melbourne also contributed to that. Rafael Nadal’s 21 is driving him, no question.”

Djokovic and his family – in particular his father – have been straightforward in their approach to the vaccine up until now.

But with Nadal claiming his 21st Grand Slam title, a record no other male tennis player has ever achieved, it must have been a dagger to the heart of the Serbian superstar tennis player.

The Djokovic team with their fans will still feel they have another chance at holding the record for most Grand Slam titles but with the upcoming French Open mandating all athletes to be vaccinated – that hope was brought down a few notches.

Much can be said about the reluctance of Djokovic but there is no doubt he wants a future in tennis and to do that he needs to take the vaccine or else risk being left behind with a tarnish legacy.

While there is no official confirmation that the 34-year-old will take the jab, there are not many people better equipped to spread that information than his biographer. The book titled A Lifetime at War will be released in March.

All tennis fans will be on the edge of their seats waiting to hear if Djokovic will take the vaccine in what will be world sports’ biggest shock for some time.

The second Grand Slam of the year, the French Open, is set to kick off on 22 May and will run until 5 June.