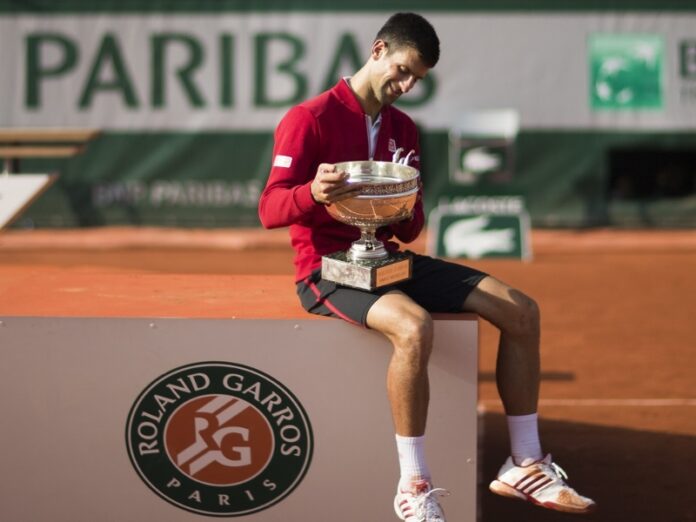 The deportation saga at the Australian Open put a damper on the Novak Djokovic steam train but the tennis star is hoping to get it rolling once again at Roland Garros.

The Serbian tennis player was on course to break the record for the most Grand Slam titles won before the Australian Open. Djokovic was level with Roger Federer and Rafael Nadal on 20 titles.

Nadal however claimed victory in Melbourne and now holds the record of 21 Grand Slams to his name.

Djokovic was deported from Australia as he did not meet the vaccine requirements to enter the country. He later admitted to lying on his travel document to gain entry to Australia.

The disgraced tennis star also attended a photoshoot in his native Serbia whilst positive with Covid-19.

The former world number one has missed the Indian Wells tournament as well as the Miami Open as he continues to hide his vaccination status.

Djokovic was said to be “really hurt” to see Nadal break a record he felt belonged to him and now seeks to go level with Nadal in France.

“Roland Garros is the quintessential clay-court tournament and I’m partly already there in my thoughts, in terms of preparation and everything I’m doing at the moment to get there as ready as I can be,” Djokovic told reporters in Belgrade.

The French Open is set to begin on 22 May. Djokovic however will play three warm-up tournaments in the lead-up to the event.

Djokovic has not endured the best of seasons, losing his opening match at the Monte Carlo Masters after a quarter-final exit in Dubai two months ago.

“However, I need match practice, and this is the surface (clay) that requires a lot of time spent on the court during training sessions, and even more during matches.”

If Djokovic is to overtake Nadal in terms of Grand Slams, he will have to win in France and hope that at least one of the next two Grand Slams in England and the United States allow him to participate.