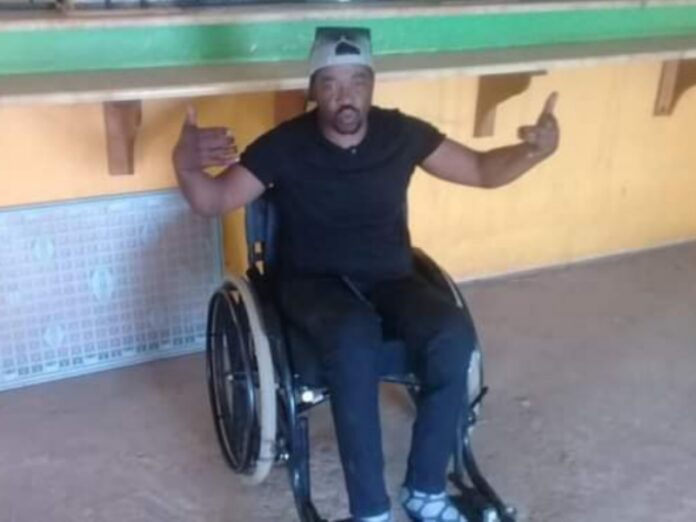 The Dambuwo village at Hanesengani in Vuwani, Limpopo has seen a lot of building activity in the last few years and the theft of building material is rife.

Local resident Maxwell Muntswu lost building materials worth more than R20,000 when thieves cut through his fence in 2019.

Muntswu, who is wheelchair bound, has never found out who stole his materials. His loss has made him more vigilant.

Muntswu was on his way home from a drinking place in the early hours of Monday morning when he saw a bakkie loaded with building material disappearing down the road.

“I was on my way home at around 1am when we came across this bakkie with lights off,” he said.

“Instinct told me something was wrong and I tried to stop it but it sped away. We raced after it as we called the cops. We managed to block their getaway bakkie next to the 15 SAI Battalion Maunavhathu buildings.”

Along with his friend they managed to block the thieves, forcing them to abandon the bakkie, leaving the stolen goods behind.

Asked if he was not afraid, Muntswu was quick to point out he was no coward.

“In 2017, I had 16 bullets pumped into my body while shielding my family from armed criminals. Fortunately no one died, but I spent almost two years in hospital. This has made me more determined to fight crime,” Muntswu said.

Local traditional leader Musanda Ramukhuba said he was very unhappy about crime in his area.

“Crime is like a thorn in our village. We have had numerous incidents of theft, especially of building materials here at our new village. My heart bleeds when my subjects, who are doing all they can to improve their lives, are being robbed by heartless thugs,” he said.

“We had this in the past and we started patrolling and the crime stopped. Now the thieves know there are no more patrols and they have started all over again. We hope the law will take its course and the criminals will pay for their sins.”