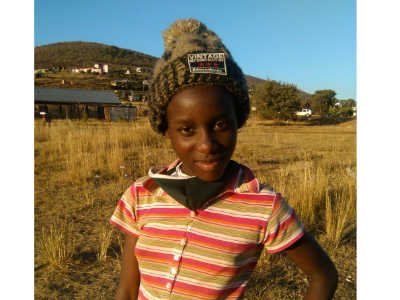 On the surface, 13-year-old Mulaedza Ratombo looked like any other girl her age with nothing bothering her.

Her mother and siblings could not possibly know that something terrible was happening.

But she had a secret – and she feared her older relative so much that she couldn’t even look at him.

Mulaedza became so stressed that she missed her daily diabetes medication – and now she is dead and the man is in jail charged with rape.

On Friday, the Grade 8 learner from Mushaathama Secondary School at Tshavhalovhedzi, Makhado, Limpopo did something she had never done before. She did not come home at the usual time.

She was a diabetic who had to take her medication at a specific time but on that day she hadn’t taken it. Her mother, Livhuwani Thathaisa, did not go to her Friday evening piece job at the local mortuary. Instead she went looking for her daughter and eventually found her hiding behind the toilet.

Livhuwani persuaded her to come to the house but she sat outside crying.

“Later she said she was going to the police station but she didn’t say why. Her older brother went with her where she told police that she had been raped repeatedly since last year,” she said.

Livhuwani was summoned to the police station where she was told what was going on.

Along with the police they took her daughter to the local hospital where she was admitted – but she passed away on Tuesday evening.

“I just wish they would lock him up for good,” she said.

“We are quite disturbed by the rising numbers of crimes against women and children in this area. Police should up their sleeves and arrest the perpetrators,” he said.

Limpopo police spokesperson Col Moatshe Ngoepe confirmed a man aged 34 – who cannot be named – has been arrested and appeared at the Dzanani Magistrate’ Court. He was not granted bail and is due in court on 7 April.