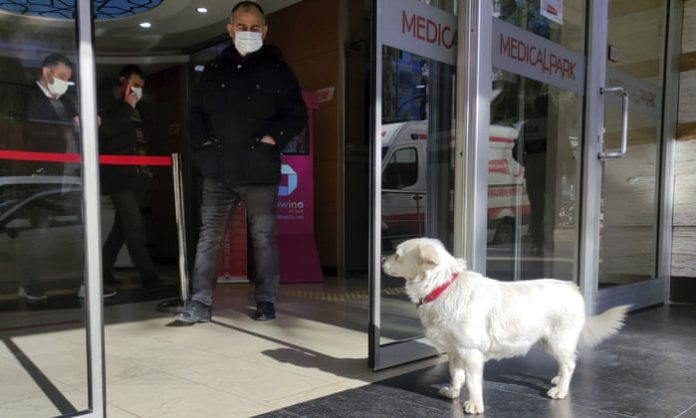 Boncuk, a small white dog, returned every day for six days to wait outside a hospital in Turkey where her owner was being treated.

Boncuk reportedly followed the ambulance which took her owner Cemal Senturk to the hospital in the Black Sea city of Trabzon on 14 January.

She loyally returned every day to wait for him and was even present to joyously greet Senturk when he was discharged last Wednesday.

Senturk’s daughter, Aynur Egeli, told DHA reporters that every time she took Boncuk home, the dog would run away again to the hospital.

During her visits, Boncuk won the affections of hospital staff, who kept her company and fed her while she waited outside the front entrance.

Muhammet Akdeniz, a security guard, told reporters, “She comes every day around 9am and waits until nightfall. She doesn’t go in. When the door opens she pokes her head inside.”

Cameras caught the moment that Boncuk and Senturk were finally reunited, after he left the hospital in a wheelchair.

“She’s very used to me. And I miss her too, constantly,” he told DHA before the two companions returned home together.