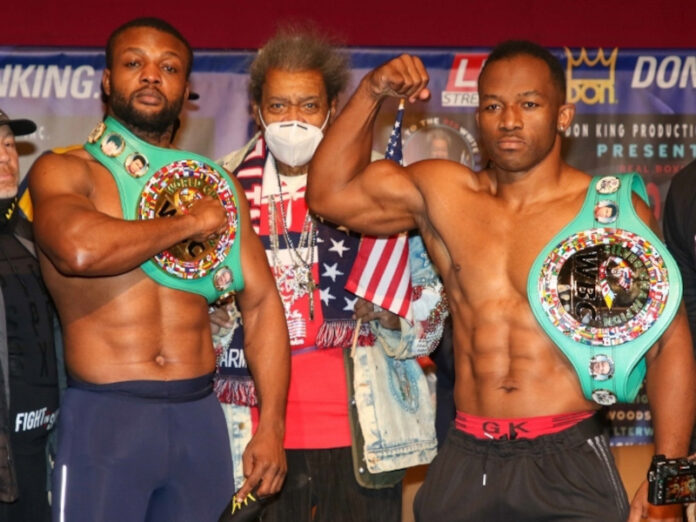 South African boxer, Thabiso “The Rock” Mchunu is crying foul after he controversially failed to land the WBC Cruiserweight belt in a fight against Ilunga “Junior” Makabu in the USA on Sunday morning.

“That was daylight robbery!” cried Mchunu after losing by a split decision.

“Which fight were the judges watching? I landed clean shots and had Makabu in all sorts of trouble. He knows that I beat him fair and square.”

All three officials were American.

Makabu will now meet Mexican superstar Canelo Alvarez and the biggest name in boxing at the moment.

The champion from the DR Congo but who is based in Gauteng under trainer Damian Durandt, improved to 29 wins and two losses while Mchunu dropped to 23-6.

Makabu pressed the action, but the counterpunching Mchunu landed the sharper shots and though there weren’t many shots, they surely contributed to Makabu looking tired and sluggish.

He even stumbled backwards when Mchunu caught him late in the bout, betrayed by weary legs.

Many feel the bout was fixed since controversial US promoter, Don King, didn’t hide his bias when he entered the ring waving US and DRC flags – and was not holding a South Africa flag to represent Mchunu.

The southpaw from Durban failed in his bid to follow in the footsteps of Sugar Boy Malinga and Dingaan Thobela, who remain the only two to have succeeded — both in the super-middleweight division.