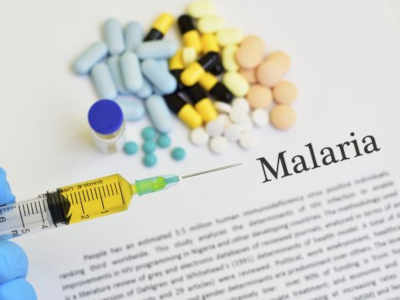 A group of scientists in America have used the tech behind the Covid jab to produce the first vaccine to fully immunise against malaria.

The news will be welcome particularly in Africa, where malaria is still a major killer, after being reported in The Academic Times.

In 2019 the number of worldwide malaria deaths stood at 409,000, with 94% of all cases and deaths coming from Africa, according to a World Health Organization estimate.

Unlike Covid, children aged five and under are most at risk from this disease.

Although there is a malaria vaccination in use, it is only 30% effective against life-threatening, severe malaria. The RTS,S vaccine was approved two years ago and is the result of 20 years of research.

Until now, scientists have failed to produce an effective vaccine for malaria because its associated parasite, plasmodium, contains a gene which prevents the human body from producing T-cells which fight the virus.

The T-cells allow the body to remember how it fought back against the virus. Without them, vaccination is useless.

However, scientists recently used a new approach, using a RNA-based platform, which was first used on the Covid vaccine.

This method negates plasmodium’s gene and enables the production of T-cells.

The jab has not yet reached the stage where it can be tested on humans. But the new vaccine’s co-inventor, Richard Bucala, said: “It’s probably the highest level of protection that has been seen in a mouse model.”

If the vaccine is cleared for production, it could save hundreds of thousands of lives.