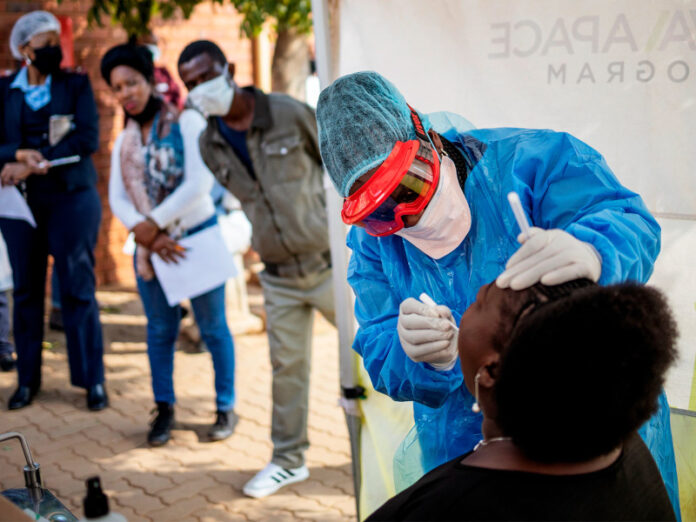 As the potential fifth wave looms, the Covid-19 infection rate rose to 21% with 6,372 new cases reported on Wednesday night.

Half of the positive cases came out of Gauteng, followed by KwaZulu-Natal with 23%.

As South Africa reaches its winter months, the rise in Covid-19 infections is expected to follow a similar pattern to the previous two years, however with less people requiring hospital attention.

The current number of people in hospital with Covid-19 in the country is 2,028.

Part of the reason for the rising numbers is that more people are getting tested for Covid-19, the health department said.

A total of 30,186 tests were conducted in the past 24 hours, which resulted in the 6,372 positive cases shown on Wednesday.

A total of three deaths were reported between Tuesday and Wednesday.

The three deaths added to the 100,351 deaths South Africa has to date recorded as a result of Covid-19.

The recovery rate from the virus remains high in South Africa, averaging at around 96%.

Professor of Vaccinology at Wits University Shabir Madhi said that the rising cases need to be tempered as part of the predicted increase, which comes every four to five months.

“We need to be careful about interpreting the data – especially with the positivity rate. In South Africa, we have become much more selective about who is being tested,” he told eNCA.

“People who are more likely to have Covid are the ones [going] forward for testing, and the overall testing rate has decreased, so it is difficult to make head-to-head comparisons between what we are getting now and previous waves.”

Madhi added that there is no need for panic as the majority of South Africans will have a level of immunity against the virus.

The professor explained that South Africa should focus their attention on the hospitalisation rates as opposed to the positivity rates.

The department of health predicts that the country will be in the fifth wave at the end of April and the start of May.