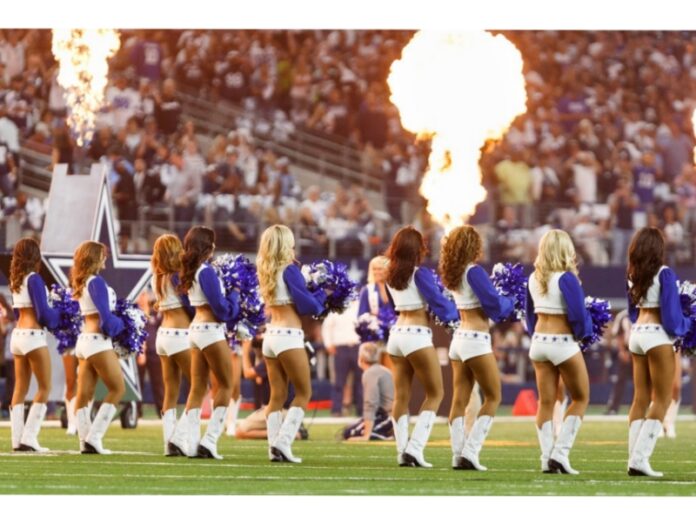 The Dallas Cowboys American football team paid their cheerleading squad a settlement of R36 million following allegations of voyeurism against a senior official.

A report published by ESPN stated that the settlement involved four cheerleaders and dated back to 2015. One of the women claimed they witnessed the team’s Senior Vice-President for Public Relations and Communications film the cheerleaders undressing after an event.

The man in question, Richard Dalrymple, used his security keycard to enter the dressing room but has since claimed he was unaware the cheerleaders were in the locker room.

Dalrymple has also been accused of taking a picture under the skirt of a female staff member, said to be the daughter of the team owner.

“I understand the very serious nature of these claims and do not take them lightly. The accusations are, however, false,” he said in a statement.

“One was accidental and the other simply did not happen. Everything that was alleged was thoroughly investigated years ago, and I cooperated fully.”

The Dallas Cowboys said that following their investigation they found no wrongdoing, despite the settlement being paid.

Dalrymple carried on working for the American football team for six years after the incident before retiring last year.

Coincidently, the retirement came a few weeks after ESPN began their investigation for the report on the incident.

The settlement included a non-disclosure agreement, meaning none of the cheerleaders are able to comment publicly on the incident.

A former cheerleader for the Cowboys, who was not involved in the incident, said she was hurt that the team had done such a good job of keeping the situation hushed up.

“I know how much it affected the people who were involved. It was a case of shut the book, don’t talk about it, this person is going to stay in his position. They just made it go away,” she said.