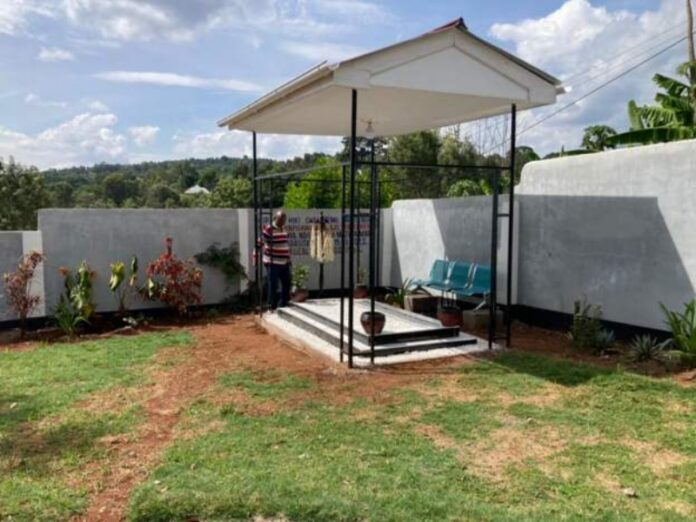 Policeman Patrick Kimaro has dug his own grave so that his family won’t struggle when he dies.

The 59-year-old cop from the Kilimanjaro region in Tanzania said that when his parents died six months apart he struggled to bury them.

“Being a first-born child I had a difficult time burying so I decided I’ll not take my children through the same experience ” Kimaro told BBC Swahili .

He said he started building his grave in January to save his family from high funeral expenses and he has plans to set aside some money for his casket. He believes his family will be able to raise money for the other expenses after his death.

He is planning to take insurance for his grave in the event of natural disasters like flooding that may destroy his grave.

The preparation of the grave, including its exquisite finishing, cost him about R45,200.

He said his family didn’t approve at first but they are slowly accepting his decision.

But the community is not so sure.

Traditional leaders from Kimaro’s ethnic group say a grave should not be dug in anticipation of death and it should not remain empty for long.

The policeman’s home security guard said some neighbours have stopped visiting the family since the grave was dug within the compound. Some of his family members have however got used to the grave and even sit around it to chat.