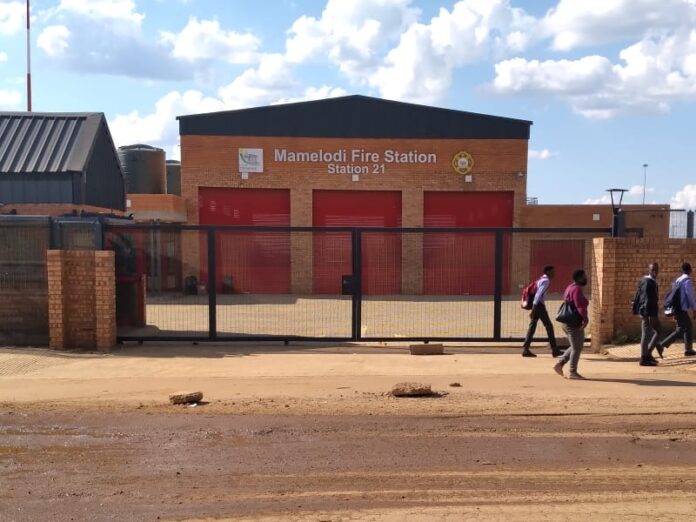 Subcontractors who worked on the construction of the incomplete fire station in Mamelodi have claimed that, six months later, they still haven’t been paid by HBC Construction.

The subcontractors and the community liaison officer (CLO) claim the main contractor at HBC Construction has disappeared with their money.

At the time, Williams promised residents that the station would start operating the following month. But six months later there is no activity at the station, without any sign of a firefighter or a fire engine.

The fire station was expected to serve residents of Mamelodi and Nellmapius, areas surrounded by informal settlements which are prone to shack fires and flooding.

However, there have been reports of residents having to put out fires using buckets of water.

The station has even been burgled since the mayor unveiled it to much fanfare.

Community liaison officer Margaret Moyo said the company owes her more than R20,000 in salaries. She said the last time she spoke to the managers, they told her they will pay her when the fire station receives an occupancy certificate.

“It was in July last year, I haven’t heard from them and we’re approaching another July. I suspect that the managers blocked my cell number,” she said.

“I haven’t paid some of my employees and they think I’m lying when I tell them I haven’t been paid. They’re frustrated and I’m also frustrated,” she said.

She said she ended up borrowing money to pay workers.

“I’m in debt because of HBC, all I want is my money. HBC has left me poor and in debt,” she said.

“Calling them doesn’t help, they keep promising to pay but it has been months now,” he said.

Tshwane Emergency Services spokesperson Charles Mabaso said they were not aware that there are subcontractors who are still owed money by HBC.

HBC Construction was paid R62 million to build the station.