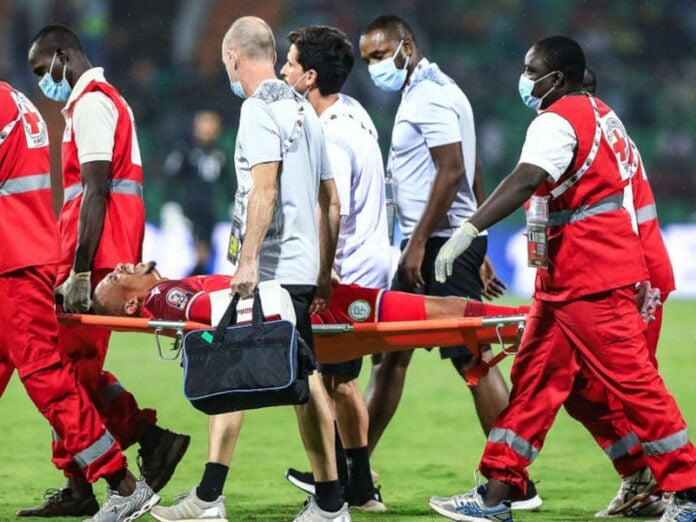 Comoros have enjoyed a dream debut at the Afcon, but that dream could soon come to an end if they are forced to play without a goalkeeper.

The island team face the difficult challenge of coming up against hosts and five-time champions Cameroon in their first-ever round of 16 game, and now they have returned 12 positive cases of Covid-19.

Five of the cases are among officials. Among the seven players who tested positive are their two remaining goalkeepers with their first-choice goalkeeper, Salim Ben Boina, still sidelined due to injury.

Comoros manager Amir Abdou has also been affected by Covid-19 and will not be on the bench to guide his side during their clash against Cameroon on Monday night.

“We will do everything in our power to find a solution. The coach and the only fit goalkeepers are out due to the virus. So the situation is really complicated,” said general manager El Hadad.

The Confederation of African Football (CAF) stated before the Afcon began that matches would go ahead despite any cases of Covid-19. The governing body also ruled that as long as the side had 11 players available, the game would continue.

“In the event of the absence of a goalkeeper, another player from the team must replace the goalkeeper, provided the total number of available players is at least 11,” CAF said in a statement.

However, the governing body ruled that exceptions will be made for extreme cases. Comoros will be hoping that their goalkeeper being forced off injured due to a clash with Ghana’s Andrew Ayew on Wednesday, which saw Ayew sent off, is enough reason for an exception.

Comoros, ranked 132 in the world, have proved to be giant killers after sending Ghana crashing out of Afcon after they defeated the Black Stars 3-2.

They could once again again shock the world if they eliminate the hosts and progress to the quarterfinals.

Cameroon enters the fixture in good form, not losing in the group stages, with their striker Vincent Aboubakar scoring five goals in the first three games.