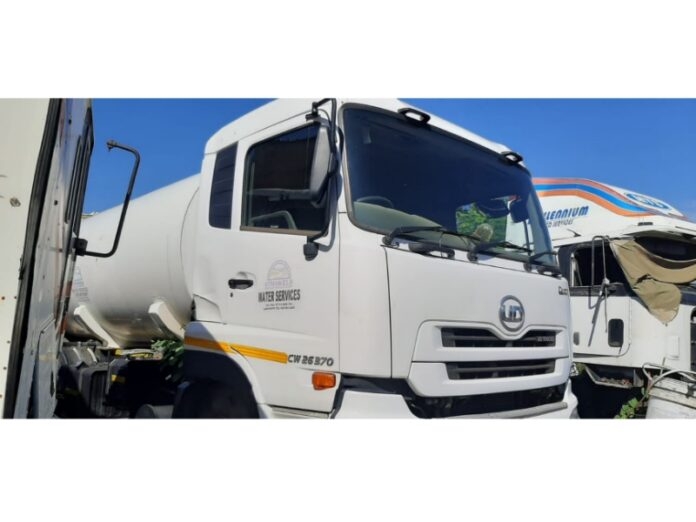 Tanker trucks that were supposed to provide water to drought-stricken communities in the uThukela District Municipality in Ladysmith, KwaZulu-Natal had in fact been kept hidden at a panel beater since 2017.

This was revealed by the Chairperson of the Water Committee in the municipality Mthokozisi Khoza on Wednesday.

The trucks were kept hidden by municipal officials to allow private service providers to take over and benefit staff members and councillors.

Khoza told Scrolla.Africa that he has been to the workshop where some of the trucks are kept.

“According to the workshop management, the trucks were brought in for servicing and they have not received payment ever since. As the new administration, we are trying by all possible means to resolve water issues in the district,” said Khoza.

He said it was for this reason that they have started looking for municipal assets.

It is alleged that the district Municipality bought 32 trucks for water distribution but only 15 have been used.

The others that were used were provided by service providers via tender that cost R140,000 per month per truck.

Last month it was revealed that water infrastructure was being destroyed allegedly by officials who were benefiting from water tender distribution.