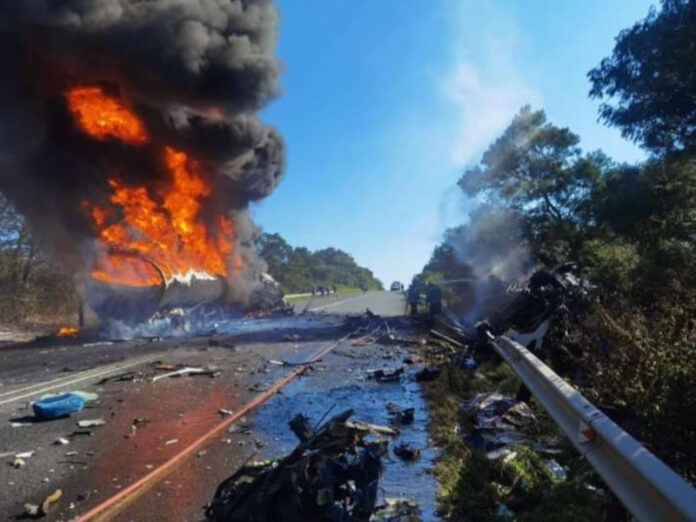 At least four people perished in a fire on Monday morning after an accident involving a fuel tanker and a long distance bus.

The bus and fuel tanker were travelling in opposite directions when they collided near Kwelera between East London and Kei Road and the tanker caught fire.

Four people were declared dead at the scene while more than 30 others sustained injuries and were transported to Frere Hospital in East London.

Eastern Cape traffic department spokesperson Unathi Binqose said search and rescue are at the scene to recover possible remains and to see if there aren’t any more survivors, trapped in the wreckage or anything else they may have missed.

Binqose said the circumstances surrounding the accident are still unknown as the scene was still under investigation.

“The accident has resulted in the complete closure of the road as the tanker caught fire. Motorists are advised to take instructions from law enforcement officers on the scene or use alternative routes,” the spokesperson said.

A motorist, Mzoxolo Linge, said he had arrived at the scene afterwards when the fuel tanker was already burning.

“It’s a terrible accident, sadly people lost their lives. It was not a good sight,” said Linge

Police spokesperson Majola Nkohli said a case of culpable homicide has been opened.