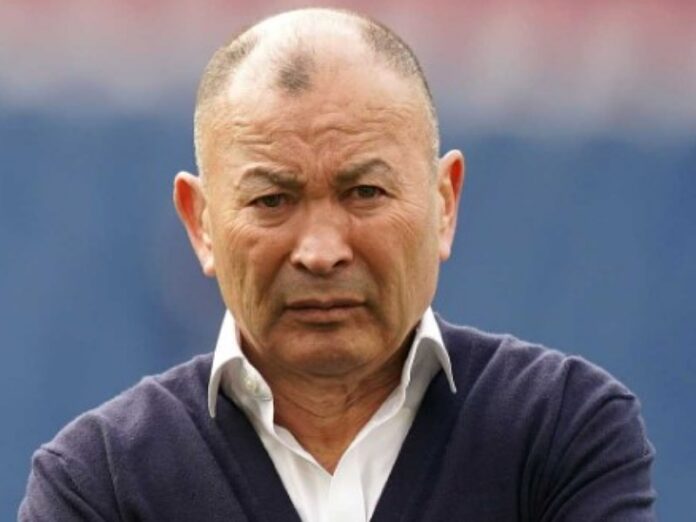 ON THE BALL: At the time of writing England coach Eddie Jones is staring down the barrel of a gun and somebody might very soon pull the trigger. Can we expect blood on the tracks? asks Lucky Maree.

Last Sunday, the Sharks suffered a humiliating 0-35 home-defeat in the rain in Durban — by Monday evening coach Sean Everitt was gone.

“This tough decision has been made in the best interests of the team moving forward,” CEO Ed Coetzee said on Monday night in a meaningless bland statement.

Of course, the decision to show him the back door must have been made a lot easier as Sharks Director of Rugby Neil Powell was waiting in the wings to take on the job of coach — his first job being the United Rugby Championship match against the Ospreys which the Sharks won.

What makes Everitt’s dismissal significant is that the discontent that has been brewing at international level could be boiling over soon.

Rassie Erasmus has been walking a tightrope for some time now. With World Rugby putting pressure on him to work within the rules of international rugby, even Rassie’s most ardent fans have been asking — or is that pleading? — with him to just back down a little. Rassie? Back down? It appears an olive branch has been extended in that conflict — by whom we don’t know. And the stakes are high. If Rassie gets banned again he will not make it to the World Cup and South African rugby can’t afford that.

The more the pressure mounts on Eddie Jones, the more he looks like a smiling bobbing-head-Jesus doll in the back window of a 1958 Cadillac. England looked pathetic when they got blown away by the Springboks last Saturday. Even the match they drew against the All Blacks is backfiring on them. “Why did they settle for a meek draw when a great victory was on the cards?” the fans want to know.

It is certainly not certain that Ian Foster will make it to the World Cup. The All Blacks are always accused of losing their fighting spirit when it matters. The claim is mostly false, but conceding 19 points in nine minutes against England is quite an indictment. The World Cup is a place for fighters — the greatest arm-wrestle in sport — and all of New Zealand are asking if gentle giant Ian Foster can pull that off.

Dave Rennie may be the player’s coach and much-loved by the players, but he has not come up with anything new for a long time. Not all of Australia’s problems can be blamed on the coach, but, like them or hate them, Australians don’t like losing. Meek they ain’t.

The cracks are beginning to show down in Argentina. Michael Cheika is a volatile character and the Latin temperament of the Argentinians is verging on getting out of control. The match between Argentina and Scotland produced one red and six yellow cards. The question is not if Cheika can control his players. The question is who will control Cheika?

And adding fuel to the fire — and not in a nice way — is the growing discontent with World Rugby. Their ham-fisted handling of disciplinary issues and refusing to accept that a) forcing refs to hand out more cards and b) to threaten coaches into silence is being criticised all over the world. While everybody is trying to get Rassie to keep quiet, nobody is disagreeing with him. The time is coming when those masters of rugby are going to get red-carded. One hopes it will be before the World Cup.

Blood on the tracks? Not yet, but maybe today.

Pictured above: Not smiling. Eddie Jones faces the axe