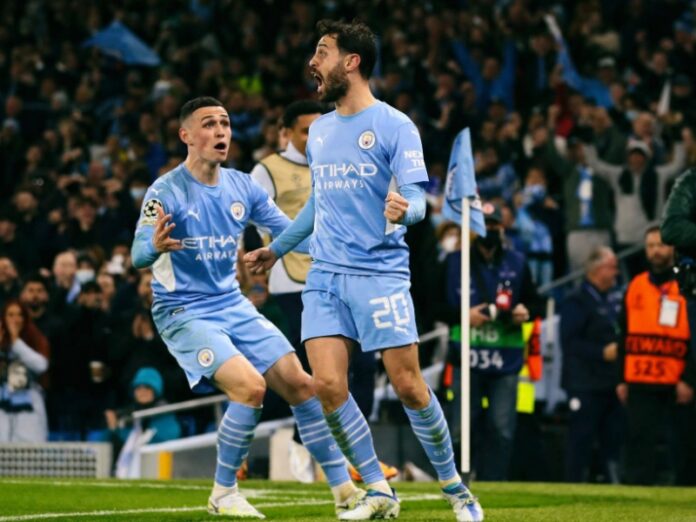 Manchester City could have all but secured their spot in the Uefa Champions League Final but missed chances and unforced errors saw them only narrowly defeat Real Madrid.

After City took control of the game in the opening minutes, Real fought back in a thrilling seven-goal encounter which ended 4-3.

City looked rampant in the opening stages of the game and earned themselves a 2-0 lead after just ten minutes.

Kevin de Bryune scored a brilliant diving header within the first 90 seconds of the game, the quickest goal in a Champions League semi-final.

The Belgian was involved again a couple of minutes later, setting up Gabriel Jesus who slotted the ball into the bottom right corner, doubling City’s lead.

City came into the encounter as favourites and they showed just why, having two glorious chances to make it 4-0 but they failed to put the game to bed, and they were made to regret it.

Missed chances and defensive errors almost cost City their lead as Karim Benzema got goal side of Oleksander Zinchenko to slot home a beautiful volley before the half-time whistle.

Pep Guardiola’s men looked dominant yet again with the start of the second half, but still failed to put the ball in the back of the net despite their many chances.

After some good work from makeshift right back Fernandinho, Phil Foden latched onto his cross to give City a 3-1 lead.

Another defensive error allowed Vinicius Jnr to run the length of City’s half before easing the ball past his Brazilian compatriot Ederson.

The Premier League champions did not allow their missed chances to deter them as they continued putting pressure on the Madrid goal.

That pressure eventually paid off as Bernardo Silva found the back of the net, giving City a 4-2 lead.

But as Madrid showed against Paris Saint-Germain and Chelsea, you cannot count them out.

Los Blancos were awarded a penalty after a Aymeric Laporte handball, which Benzema cheekily chipped down the middle of the goal, scoring his 41st goal of the season.

City will feel disappointed that they are not heading to Spain with a greater advantage but after the two sides served up a Champions League classic, this comes as the perfect setup for an entertaining second leg for neutral fans.