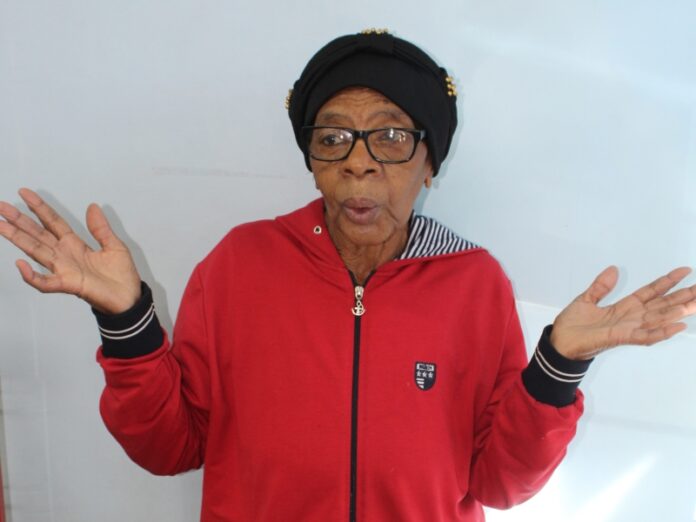 When a group of pensioners from Republic Trinity Church in Kwa-Thema, Ekurhuleni, were promised food vouchers from a woman claiming to work for the Metro, they thought it was a gift from the heavens.

However, they would soon find out they were falling victim to a seasoned con artist.

Pensioner Zodwa Mabena explained that the suspect approached them in church while they were cleaning up for the Easter Holiday service.

She told them she was from the City of Ekurhuleni Municipality and they are giving away food hampers to pensioners.

She told them that to redeem the generous vouchers, all they had to do was drive down to Springs Town.

Mabena said that something seemed off when they arrived at the Springs Town shopping centre, as the so-called “Metro worker” insisted that they had to park in the off-limits deliveries section.

She convinced them that it was part of the scheme and they proceeded to the supermarket.

“She then borrowed [one of the pensioner’s] cell phones to call her colleague who had the voucher and asked that we fill the trolley with groceries while she goes to speak to the store manager,” recalled Mabena.

This was the last time they saw her.

After looking all over the store for her, the two elders asked to speak to the manager, and that’s when the penny dropped. The manager told them that a group came in last week and said the same thing.

He told them to rush back to the parking lot as their car may have been targeted as the victims’ last week had been.

“Fortunately they failed to gain access to the car as it was locked. We found visible scratch marks on the keyhole showing that someone was trying to gain access,” she added.

In another incident on Monday, a woman fitting the description of the suspect approached the grieving Mahlangu family.

They managed to steal two cellphones, R2,500 and a car.

Grieving mother Anna Mahlangu said she felt relieved when the woman offered them groceries for the funeral.

“She took some of the money that we were still putting together for the funeral.

Springs police spokesperson Sergeant Themba Shabalala confirmed that they are investigating cases of theft and investigations are underway.