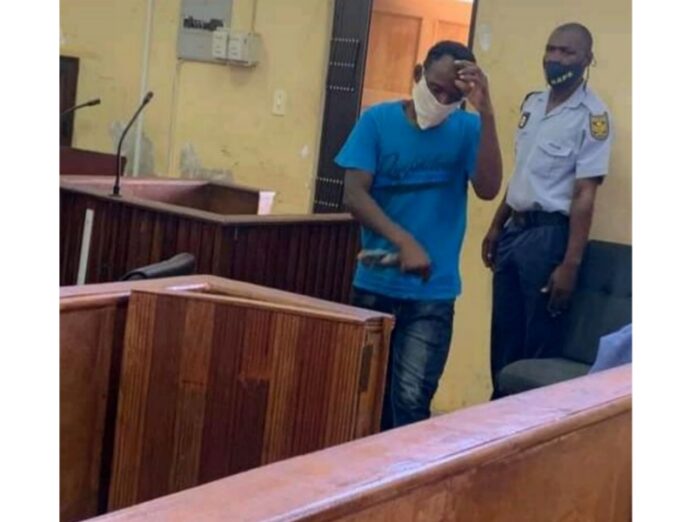 Alleged mass killer Enoch Ndou, who allegedly shot and killed seven members of his family, has been refused bail.

Ndou, a nurse at the Mahikeng Hospital, told the Malamulele Magistrate’s Court on Friday that he is worried about losing his job and his home should he be remanded in custody.

Ndou stands accused of killing members of his own family after an argument during a family meeting on Christmas Eve last year. The argument is alleged to have been about the ownership of a family house that Ndou wanted for himself.

After he was denied bail, the alleged killer said he is now worried that he will suffer financially.

He said that besides losing his home, he would also stand to lose his car and other valuable possessions.

During the application, the prosecution called a witness who indicated that Ndou’s life was in danger. The witness said angry residents were chanting outside the court threatening to destroy the court building, the police station and shopping complex if Ndou is released on bail.

The witness further told the court that even the brother of the accused was not willing to stay with him at the Gauteng address he provided.

The court denied bail saying that the facts Ndou presented were not exceptional and that it was in the interest of justice to keep him in custody for his own safety.

Community member Shadrack Mabasa, who has been attending the proceedings since the start of the case, said the court has done the right thing by denying the accused bail.

“It is surprising that he thinks of his job and properties now but forgets the pain he caused by killing so many people. We are very happy at the way things went and we hope jail will be his home forever,” he said.

Ndou was arrested soon after he went to Thohoyandou police station intending to open a case against his family members saying they wanted to take his firearm.

It was then discovered that the suspect shot and killed seven members of his family.

The case was postponed to 22 April for further investigations.