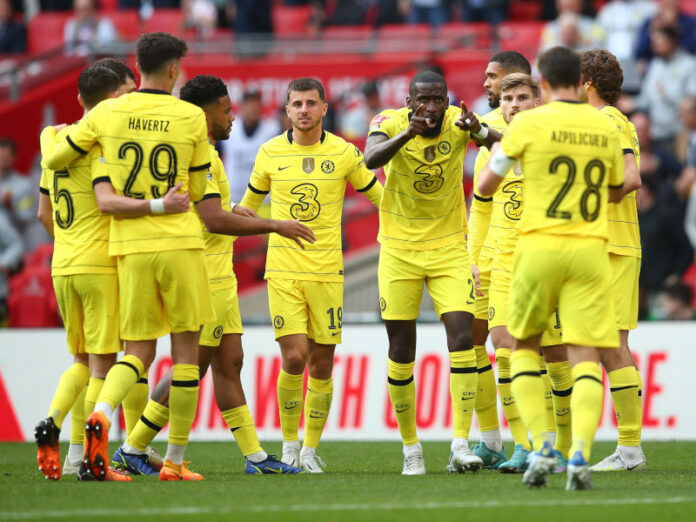 Chelsea reached their fifth FA Cup final in six years after a 2-0 win over Crystal Palace at Wembley on Sunday afternoon.

Unlike the first semi-final yesterday, where Liverpool went 3-0 up over Manchester City before half time, this game was a hard-fought affair with little to separate the sides in the first period.

There was just one shot on target in the opening 45 minutes, with Chelsea also being forced to make a substitution after an injury to Mateo Kovacic.

His replacement Ruben Loftus-Cheek, however, looked sharp and broke the deadlock just after the hour mark with a fantastic right-footed shot after a costly error from Tyrick Mitchell.

After going ahead, Thomas Tuchel’s side looked comfortable, and it only took ten minutes for them to double their lead.

Once again in a big game, it was Mason Mount at his best with a fantastic first touch and an even better finish to capitalise on some great hold-up play by Timo Werner to set up the goal.

Chelsea may well have had another, with Romelu Lukaku hitting the post at the death. It finished 2-0, though, with the Blues all set to return to Wembley for their third FA Cup final in a row.

It will be a repeat of February’s Carabao Cup final as Liverpool and Chelsea collide on 14 May with the Reds still eyeing up a potential quadruple and the Blues looking at the FA Cup as a silver lining in what has been a topsy-turvy season.