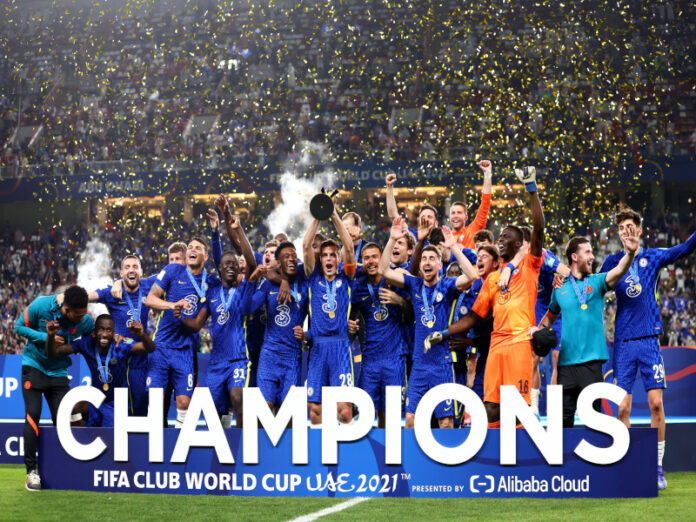 A late extra time VAR check led to a Chelsea winner over Palmeiras at the FIFA Club World Cup final in Abu Dhabi.

Chelsea have now claimed every major honour available to them. The side from London avenged their 2012 final defeat to Corinthians when they last competed in this tournament to finally complete their trophy cabinet.

The Blues beat Saudi Arabian champions Al Hilal 1-0 in the semi-finals after qualifying directly for the last four through their UEFA Champions League win in May last year.

The final was a true UAE spectacle. Chelsea dominated possession but struggled to get off the mark in the opening stages of the game.

The Brazilian side were dangerous on the counter attack, however Romelu Lukaku broke the deadlock just before the hour mark with a thumping header.

Palmeiras were given a chance from the spot minutes later and Raphael Veiga made no mistake in converting the penalty. The game remained a cagy affair in the final minutes and for much of extra time and a penalty shootout seemed likely.

Some late drama simply had to occur and exactly that happened when the Blues were awarded a penalty of their own with just two minutes of extra time to play.

Luan handled the ball in the box and referee Christopher Beath awarded the spot kick after VAR sent him to the pitch-side monitor.

Kai Havertz made no mistake in putting it away and said post-match that the victory was a dream come true.

“After champions of Europe, now champions of the world. It’s an incredible feeling. I was nervous, it was a big penalty. It was good I kept my nerve and I am very happy,”

“I always dreamed of this as a kid. It’s just an amazing feeling for me. I am thankful for everybody who brought me here,” the German added.

Chelsea will eye another trophy in two weeks time when they face Liverpool in the Carabao Cup final.

However Thomas Tuchel’s side will first have to visit Crystal Palace in the Premier League and host Lille in the Champions League before that highly anticipated trip to Wembley.