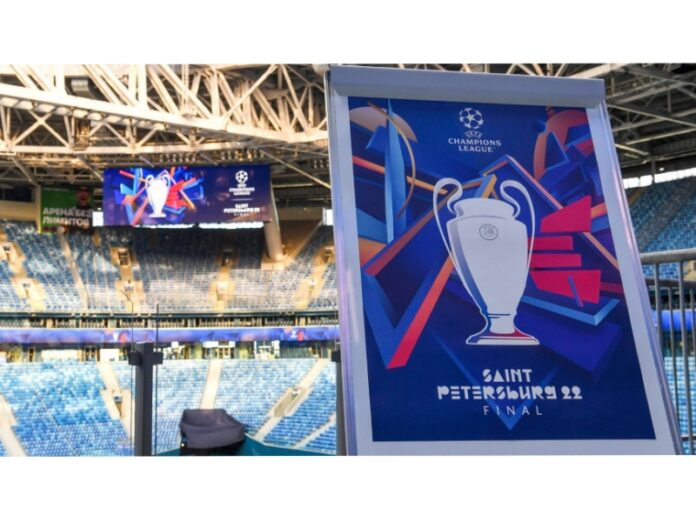 Uefa is considering dropping St Petersburg as the venue for this year’s Champions League final as tensions between Russia and Ukraine escalate.

The final of the competition is due to be played in Russia’s second-largest stadium on 28 May, but the decision made by Russian President Vladimir Putin to send troops into Ukraine’s eastern regions, has Uefa second-guessing the venue.

Uefa President Aleksander Čeferin and other officials met to discuss the venue of the final on Tuesday, with Wembley Stadium in London now being tipped as a possible destination.

The venue of the Champions League final has been moved in each of the past two seasons due to Covid-19 related issues.

“Uefa is constantly and closely monitoring the situation and any decision would be made in due course if necessary. Uefa has no further comments to make at present,” the governing body said in a statement.

In response to Russia moving troops into two rebel-held regions in Ukraine, several countries, including the UK, have imposed sanctions on the nation.

Speaking on Tuesday, UK Prime Minister Boris Johnson said there was “no chance of holding football tournaments in a Russia that invades sovereign countries.”

The Russia-Ukraine crisis has spread to the international levels of football as Poland raised concerns over their World Cup play-off matches against Russia, due to be played next month.

Meanwhile, the Polish Football Association has expressed safety concerns over the country’s upcoming fixture against Russia, ahead of the World Cup later this year.

The national footballing body cited “potential threats related to the current situation” and their responsibility “to provide Polish footballers with optimal conditions for preparation and performances in international matches.”

A final decision on the venue of the Champions League final is set to be made in the coming days.