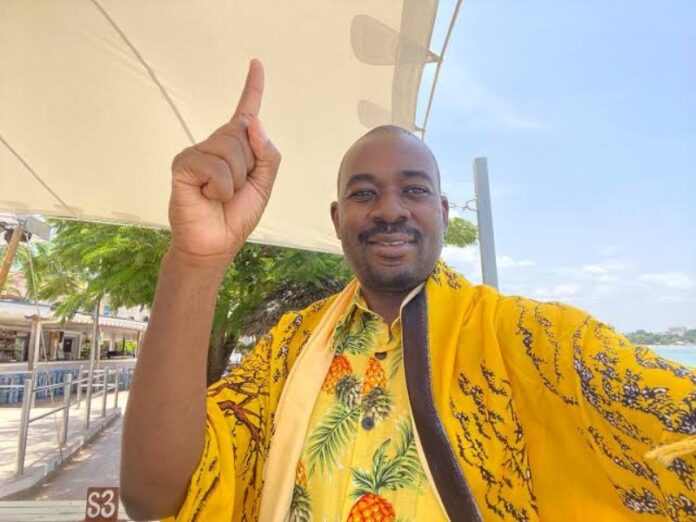 Nelson Chamisa reclaimed his place as the face of Zimbabwe’s opposition in Saturday’s by-elections as his newly formed Citizens Coalition for Change (CCC) posted landslide victories in traditional opposition strongholds.

But the ruling party – blamed for the two-decade decay of the economy – not only retained its dominance in rural areas but captured two new seats from the opposition.

With 28 parliamentary seats and 120 council wards up for grabs, the two-months-old CCC, which is an offshoot of the MDC Alliance party, won a resounding 19 seats which were all in the hands of the Chamisa-led opposition in the 2018 general elections.

On the other hand, Zanu-PF only won nine seats but significantly, two of these were wrestled from the opposition.

Douglas Mwonzora, the man who dubiously grabbed the popular MDC Alliance party from Chamisa, in a move that analysts say was sponsored by the ruling party to destabilise and split the opposition, was embarrassingly exposed. His party was unable to win a single seat.

The CCC also dominated the council elections, grabbing 77 of the 120 wards.

The results mean Zanu-PF have increased their majority in the 210-seat parliament by two to 147, with the new CCC on 19 while the MDC Alliance is still the official main opposition in Parliament with 42 seats.

Pitting the ruling party under President Emmerson Mnangagwa’s new dispensation against a recuperating Chamisa, bruised from losing control of the MDC-Alliance, the by-elections were widely regarded as a precursor to 2023 national elections.

They exposed both parties to the bumpy road that lies ahead.

And showed that rural areas remain the ruling party’s stronghold.

Zanu-PF is fortified by its control of state institutions such as the Electoral Commission as well as the police and state media.

On the other hand, while Chamisa retains dominance in the urban areas, Zanu-PF also showed an ability to make inroads into towns as seen by its capture of the high-density suburb of Epworth, a traditional opposition stronghold.

At a press conference on Monday, Chamisa celebrated the victory for his new party but emphasised the need for significant reforms ahead of 2023 as Zanu-PF continues to use violence and abuse state institutions and traditional leadership structures.

Unlike in previous years, there were fewer incidents of violence in the build-up to the elections, but the vote still failed the credibility test as the playing field was tilted against the opposition.

“We did not retain any seats, we are a new party we had nothing. Had it not been for the rigging and the ruling party’s shenanigans in the rural areas we could have won as many as 26 seats,” Chamisa said.

Key areas that the opposition decried as manipulation of the election process include obscure management of the voters’ roll, manipulation of traditional leaders’ influence over villagers, violence by Zanu-PF, biased coverage by state media, and the banning of some of Chamisa’s rallies by the police.

The CCC will be buoyed by the return to parliament of some of its key linchpins such as former finance minister Tendai Biti, who soon after he was confirmed winner vowed to expose high profile businessmen such as Kuda Tagwirei and Billy Rautenbach for their role in fanning corruption in Zimbabwe.