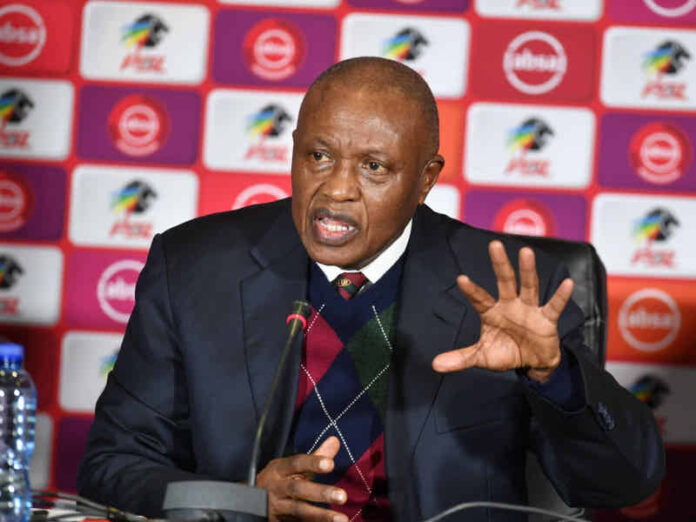 Premier Soccer League (PSL) boss Irvin Khoza has confirmed that soccer fans can go back to the stadiums on 8 April.

“Venues will be allowed to host up to 50% capacity, with all Covid-19 protocols to be observed at all times,” Khoza said.

After President Cyril Ramaphosa announced last week that stadiums were permitted to allow 50% of capacity, the rugby and cricket governing bodies swiftly announced the return of supporters.

The PSL on the other hand announced that they would have a meeting on Monday to discuss the possibility of the football fans returning.

Following further meetings on Tuesday, the PSL announced that stadiums will once again be reopened to supporters, given they are fully vaccinated or provide a negative Covid-19 test.

All PSL competitions will follow these guidelines without exception, starting with the Nedbank Cup fixtures set for the weekend of 8 April.

Cape Town City were the first team in the league to display their delight at the announcement.

“City is delighted to confirm that we’ll be safely welcoming back fans to DHL Stadium for our DStv Premiership fixture against Royal AM on 16 April,” the club tweeted.

It will be the first time in two years that football fans will be permitted to watch a DStv Premiership match live.

Fans were in attendance at last season’s MTN8 final in Cape Town as well as a Bafana Bafana qualifier against Ethiopia last October.

CAF competitions hosted in South Africa also allowed fans into stadiums as Mamelodi Sundowns had the backing of their supporters against Al Ahly in their Champions League victory on 12 March.

Soccer fans around the country will be delighted with the announcement and the opportunity to finally support their beloved teams from the side of the pitch once again.