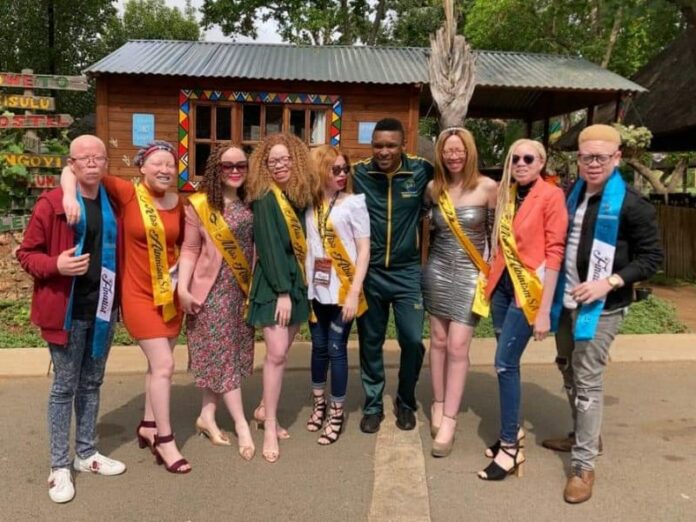 It’s called The Albinism Edition – the second instalment of the GeeJunction Fashion Show organised by Godfrey Mphatswe, the founder of Mr & Miss Albinism in Mzansi.

After successfully hosting the first fashion show for people with albinism in 2016, Mphatswe is inviting models and fashion designers with the skin condition to take part in the second instalment, planned for 24 September at the Moad museum in Maboneng, Johannesburg.

“So far I have 20 models that will be gracing us. It would be great if we could have a few more guys taking part,” said Mphatswe, speaking to Scrolla.Africa on Thursday, 4 August.

“We only have five male artists with albinism who will be joining us on the runway at the moment, but I can’t wait,” said the excited Mphatswe.

A finalist for Mr South Africa 2016, he said his passion for the albinism society began while he was travelling the country on modelling jobs.

“I had been modelling for different fashion shows in South Africa and had not come across persons with albinism on stage,” said Mphatswe. That only made him aware that they are being side-lined and he had to do something about it.

While it seems as if he is only focusing on people with albinism, Mphatswe also hosted a GeeJunction Fashion Show for people with disabilities in 2016, when people on crutches and in wheelchairs showcased garments from local fashion designers.

“We also had motivational speakers and comedians, so it became a talent show mixed with the fashion show, to celebrate persons with disabilities.”

Under the global theme Uniting to Make Our Voices Heard!, The Albinism Edition fashion show will be hosted by Mr and Miss Albinism, King Brian Makhubela and Queen Lerato Sethibe.

To participate in the event as a designer or as a model with albinism, contact the Godfrey Mphatswe Foundation or visit the Mr & Miss Albinism South Africa page on Facebook.