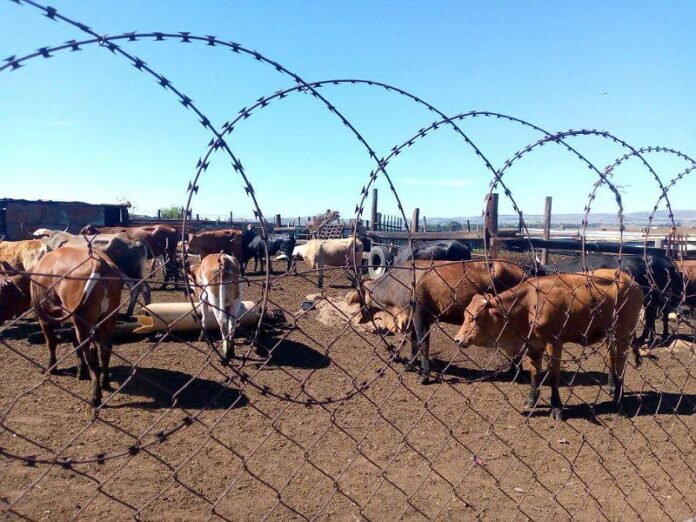 Cattle herder Thabang Chabeli‘s swimming skills came in handy when he was tied up and thrown into the Spaarwater Dam in Ekurhuleni by livestock thieves on Tuesday.

The 32-year-old cattle herder from Lesotho said he was attacked by three armed suspects while minding the grazing of 40 cattle.

“They assaulted me, tied my hands and feet with my shoelaces and threw me into the dam to drown.

“I was scared that I would drown but started praying to calm myself down to come up with a plan of getting out the dam alive,” he told Scrolla.Africa.

“I thought I was going to die. The dam is full and deep due to the recent rain. Had I panicked I would have drowned.”

Chabeli explained that he somehow managed to free himself from the shoelaces tied around his hands and swam to the edge of the dam to safety.

Chabedi is a self-taught swimmer who learned the skill with his friends while growing up.

He said he knew that knowing how to swim would one day come in handy and this time it saved his life.

Once out of the water, he ran to nearby houses to report the crime and the residents carried out a manhunt for the suspects.

They were found in possession of the livestock and assaulted. They had to be rescued by the police.

The suspects, aged between 30 and 35, are expected to appear in the Nigel Magistrates Court during the course of the week.

Duduza police spokesperson Sgt Harry Manaka confirmed that they are investigating a case of livestock theft, kidnapping, and assault with intent to cause grievous bodily harm.

Picture above: The cattle herded by Chabeli