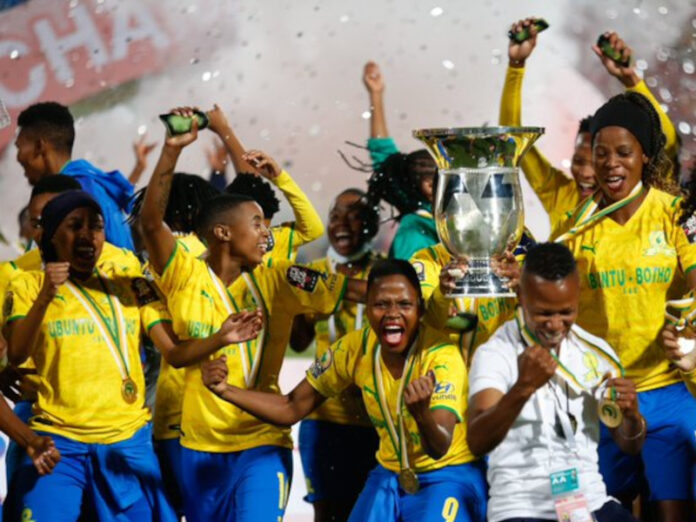 Confederation of African Football (CAF) President Patrice Motsepe said women are playing a vital role in the development of football on the African continent.

Speaking on International Women’s Day, Motsepe said women’s football is pivotal to the socio-economic growth of the game in Africa.

He reiterated his desire to create more opportunities for women to lead the game, on and off the field.

While women’s football has been on a rapid rise in Africa, there remains a lot of work to be done in comparison to the women’s game on other continents.

The theme given to this year’s African football was “gender equality today for a sustainable tomorrow.”

“We pay our respect and express our admiration for women in Africa and worldwide. They instil values of compassion and inspire us with their commitment and contributions to the upliftment of our communities,” Motsepe said.

The participation of women in African football has grown tremendously during Motsepe’s time as CAF president. For example, an entire female referee team was appointed to officiate an encounter during this year’s Africa Cup of Nations (Afcon) for the first time.

Ibrahim Kanizat’s appointment as vice president broke boundaries as she became the first female to hold the esteemed position. She is also the president of the CAF Women’s Organising Committee.

“I am confident that based on the talent that we have in African women’s football, an African nation will win the Fifa Women’s World Cup in the not-too-distant future,” Motsepe added.

Under the leadership of the former owner of Mamelodi Sundowns, Africa witnessed a successful debut of the Women’s Champions League.

Other crucial initiatives include that all male teams who qualify for the CAF Champions League and Confederations Cup will be required to have a female team in order to participate.

Thus far, Sundowns is the only South African side with a female team, a side which won the inaugural women’s Champions League.

Although women’s football is still a way behind in terms of development, the future of the sport for women is as bright as it’s ever been.