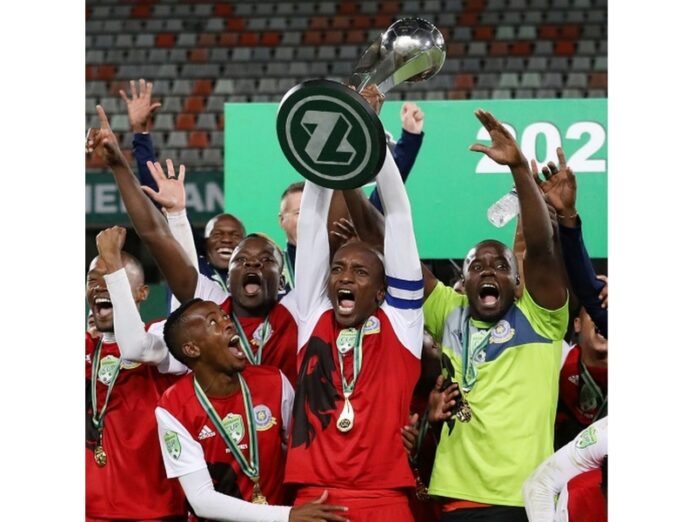 Tshakhuma Tsha Madzivhandila (TTM) put in a spirited performance to eliminate Golden Arrows in the Nedbank Cup on Sunday – but shortly afterwards the players found themselves stranded on the streets of Limpopo.

The GladAfrica Championship side’s players were kicked out of their flats after the management failed to pay their salaries.

Sources at the club told Scrolla.Africa the financial woes have been persisting for a while.

They said when they won the Nedbank Cup last year before their status was bought by Marumo Gallants, they were never rewarded with bonuses despite management promising they would be smiling all the way to the bank.

“Things are bad at the club. It doesn’t help that we have been protecting our management. The situation isn’t improving,” he said.

“It was embarrassing when I had to call my girlfriend to lend me some money so that I could stay at a friend’s accommodation for two days.”

Another player said the management does not take their welfare seriously.

“We give our all. We are never late but they don’t show appreciation. We have notified the Players’ Union and they have promised to attend to the matter but the chairman Lawrence Mulaudzi is difficult to deal with.”

Attempts to get Mulaudzi’s side of the story drew a blank but coach Lucky Nelukau confirmed the players had not been at training for the past few days.

“I can’t discuss internal matters with the media but I can say that we will be back at training on Thursday afternoon,” the coach said.

In the current GladAfrica Championship log standings, TTM are 12th with 19 points from 17 games. It remains to be seen if they will honour their fixture against University of Pretoria in Limpopo on Saturday.