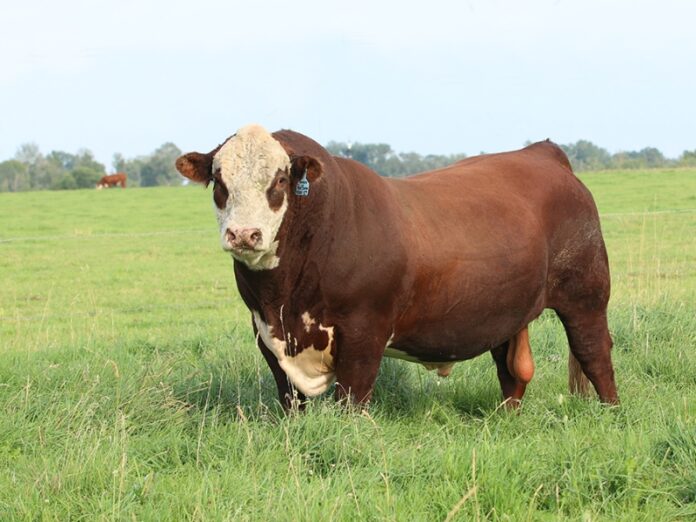 After being carried 80 kilometres downstream during floods, a New Zealand farmer thought he would not see his bull again. But miraculously, the animal was found a week later –  sniffing around in a blackberry bush!

Local farmer Tony Peacock said the 18-month-old bull was in a group of around 37 other bulls by the Maruia River when torrential rain hit on 10 February.

“It’s the highest I’ve ever seen on my farm. They forecast 60 millimetres and I tipped out over 160 millimetres from the rain gauge the next morning,” Peacock said.

The farmer had little time to prepare for incoming floods but was able to save the majority of his animals from the rising water. However, he couldn’t save three of his bulls, which were swept downriver, and he feared the worst.

A week went by before the farmer received an unusual phone call from a stock-trading and agricultural company called Ospri. He was told that they had found one of his bulls alive and well.

“They said a farmer in Westport had one of my bulls and gave me his [ear tag] number,” Peacock told the Guardian.

I rang him, and he said he was getting his cows in in the morning when he heard a bit of rustling in the blackberry and a Hereford bull poked his head out.”

The farmer who found Peacock’s bull said the young animal looked like he needed some serious “rest and relaxation.”

Peacock believes that his bull survived an 80km journey down the river and over a 10m waterfall before finding safety right before the ocean.

“It’s a fairly long trip and amazingly he survived. I was quite happy when I got the call, he was alive. I think he will get legend status now and be put in a paddock to retire with some cows,” the farmer said.

Peacock said he is already under pressure to give the new celebrity bull a name. He says he has also received calls from other farmers asking if they can bring a heifer to breed with his survivor!