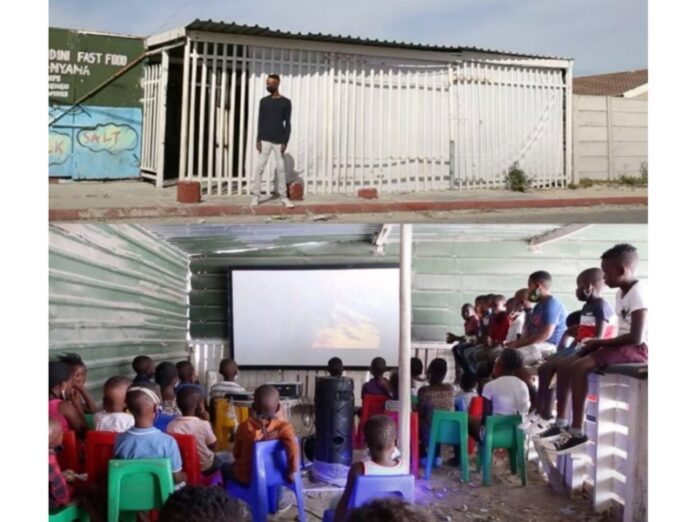 To get kids from his township off the streets, Buhle Sithole has built a makeshift cinema in a shack.

Inside the shack Buhle has set up a projector and chairs and this has had the children flocking to the cinema.

Khayelitsha, a township on the outskirts of Cape Town, has long suffered from extreme poverty with most residents staying in overcrowded shacks without electricity or running water.

And many of the children who live there are not able to go to school each day which means they spend most of their days on the streets. This makes them more vulnerable to being either victims of crime or committing crimes themselves.

The cinema represents a lot more than just a place to watch movies; it becomes a place for the children to come together and engage with movies they could never watch before.

Many of the children sitting in the makeshift cinema had never seen a movie before, but Buhle gave them hope that they can be involved in the norms of the suburban world.

The cinema in a shack by no means solves Khayelitsha’s problems but it puts smiles on the faces of children who do not have much to smile about.

Buhle’s creativity and generosity could now provide entertainment for children for years to come and become a safe space for the children of the township.