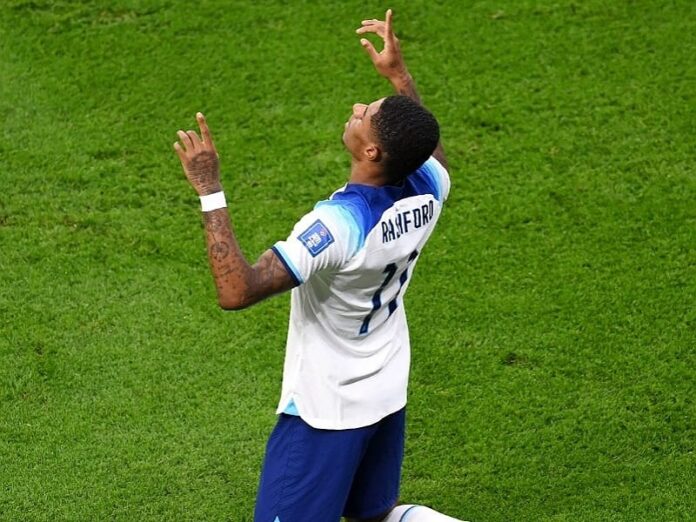 Marcus Rashford and Christian Pulisic sent England and USA through to the last 16 of the Fifa World Cup as Wales and Iran fell short at the final hurdle of the group stages.

It was all to play for when the final round of fixtures kicked off at the Ahmad bin Ali and Al Thumama Stadiums, with all four sides still in with a chance at being among the top 16 teams in the tournament.

England scored three second-half goals as they coasted past Wales to win 3-0, while USA captain Pulisic scored the only goal in a highly-anticipated affair against Iran.

England would have been well aware that a win would see them top the group, and a defeat could well have seen them eliminated altogether.

The first half went to plan for the Welsh. Despite the game being played in their half for most parts, the supply in towards Harry Kane was cut off well and despite the England captain turning creator for Rashford for the best chance of the first half, the game went into the break all square.

In the other game, Pulisic — fondly known as Captain America by his fans — was at his best to squeeze the ball into the back of the net just before half time to score what would be a memorable winner for the States.

Iran fought until the very end and even in the nine added minutes of second half stoppage time, but just could not find a way to grab the equaliser.

For England, the second half started in the best possible way. Marcus Rashford bagged an absolute beauty of a free kick before fellow Manchester man Phil Foden made the most of the game time given to him to score from close range off a Kane pass.

Rashford scored another to put the icing on the cake and African champions Senegal will await England in a highly anticipated round of 16 clash on Sunday.

For the USA, it will be a tough encounter with Group A winners the Netherlands, with that one kicking off on Saturday afternoon. Pictured above: Marcus Rashford