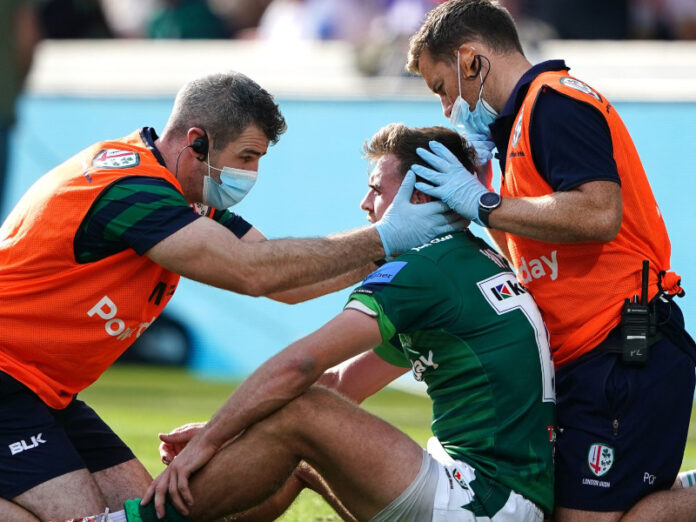 The legal team working on the case against rugby’s authorities regarding brain injuries claim that over 400 former players died early from neurological defects.

The case against the Rugby Football League by 175 former rugby union players aims to make changes that will prevent long-term brain injuries.

The lawsuit claims that the governing bodies fail to protect players from suffering adverse side effects of playing the game, increasing the risk of brain damage.

Lead lawyer in the case, Richard Boardman, said the situation is an epidemic and has seen new players join the fight each week.

“There’s been a couple more this week alone. It comes in dribs and drabs because some guys feel an allegiance to the sport and that it’s an attack on the game. However, we firmly believe it’s not an attack and that we’re simply trying to help players who are struggling in retirement with brain damage.

“What’s certain is that there are hundreds, if not thousands, of current and former rugby players in a bad way across the UK and the wider rugby world. It is an absolute epidemic,” he said.

Boardman added that they firmly believe the injuries the players eventually lost their lives to be a result of playing rugby.

“We believe 400-plus rugby players across both codes, whether that’s elite or amateur, have died prematurely in the last decade or so due to things related to brain damage and playing the sport,” he added.

In terms of the teams playing under the Rugby Football League, full contact training is largely unregulated despite World Rugby having limits on full-contact training sessions.

Players who suffered from a concussion can return to full action after only six days, the lawsuit is advocating that be changed to 11 days.

The lawsuit indicated that team’s do two-four days of full contact training before a match which has a risk of leaving players with lifetime injuries.