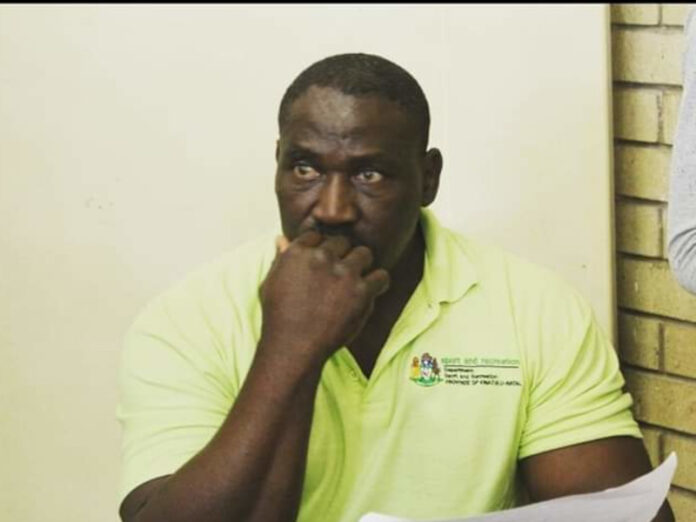 Boxing promoter Zonke Sibiya faces the iron first of Boxing South Africa (BSA) after he kept the money for a tournament that was initially postponed but later cancelled.

The failure of the tournament has left boxers and trainers frustrated as they had invested time in preparing for the event scheduled for December last year.

Sibiya who trades under DMZ Promotions first failed to deposit the purse money 30 days before the tournament date as per the Boxing Act of 2001.

The regulatory body then gave the Durban promoter a second chance to complete the payment and gave him 5 February as the date for the tournament.

But it emerged on Tuesday evening that Sibiya had used the money he had received from the KwaZulu-Natal Sports Department. The department financially assists about seven promoters in the hope of reviving boxing.

Topping the bill for the December show was to be a national middleweight title fight between Nkululeko Mhlongo and challenger Ayanda Mthembu.

Mapule Ngubane and Rushda Mallick were set to meet for the female South African middleweight crown on Saturday.

Sabelo Chili, one of the boxers who was meant to feature in the Saturday tournament couldn’t hide his disappointment.

“This promoter doesn’t care about our interests. I will never accept his offer because twice he has played me,” Chili said.

BSA KZN Manager Mike Dube confirmed that the tournament has been cancelled.

“It is unfortunately true and it is sad news for boxers, managers and fans who were looking forward to the action. I can’t say what steps BSA will take against the promoter until we have gathered the evidence,” Dube said.

Reports suggest that Sibiya faces a ban or may have his licence revoked for bringing the sport into disrepute.

When called for comment, Sibiya said he was busy. It later emerged that he was in a meeting with KZN Boxing Professional Association officials who had called him for a disciplinary hearing of their own.

Attempts to get a comment from the KZN department of Sports and Culture drew a blank.