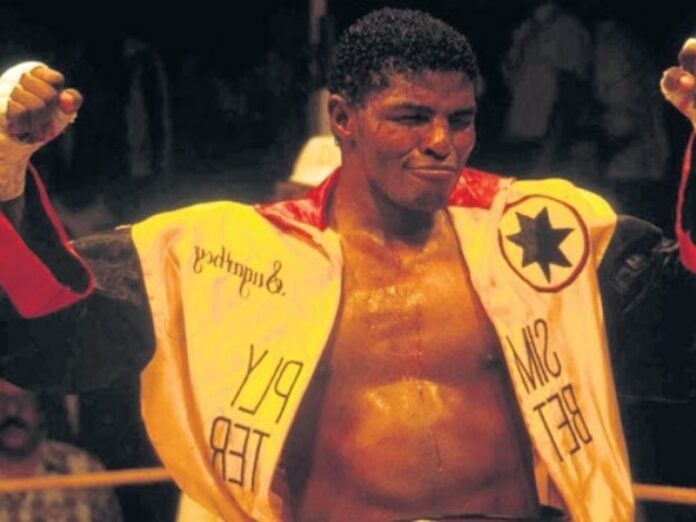 Malinga made history when he won the coveted World Boxing Council title in England in 1996.

Against all odds, Malinga pulverised the much-feared and fancied Britain’s Nigel Benn “Dark

Destroyer” into submission in front of his fans and family at the Telewest Arena, in Newcastle.

The acting role in Uzalo is said to involve a duel between Malinga and one of their top actors.

Malinga was cagey about the details when asked about the shoot in Durban.

“We were told not to leak any information to the media. I can’t tell you which film or TV drama I was busy with in Durban,” said Malinga, bursting out in laughter.

The scene involving Malinga was allegedly shot two weeks ago in KwaMash township, in Durban. According to sources, Malinga will appear trading blows with Nkunzi, played by Masoja Msiza.

“The show writers have decided to come up with a storyline involving a boxing duel between their top actors in a bid to spice up things and improve ratings,” says a source.

The source also revealed how acting seemed to come naturally to Malinga and how he also taught the actors on the set a few skills.

“The actors learnt a lot from his boxing skills. But it’s a cameo appearance that will be seen on season nine,” adds the source.

Sibonelo Mhlongo, played by Wiseman Mncube, is set to make a dramatic comeback on the show.

Nomfundo Zama from Stained Glass, which produces Uzalo, could not confirm whether or not Malinga was part of the upcoming episodes.

However, Zama says Nompilo Maphumulo (Nosipho in Uzalo), and Menzi Biyela (Pastor Gwala in Uzalo) were both leaving the show. The two characters are on-screen lovers. Maphumulo has been with the show since its inception.