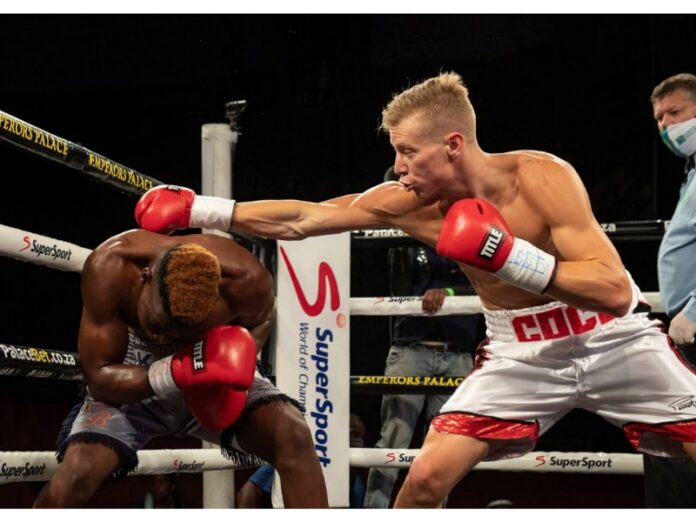 Cowin Ray was once one of South Africa’s brightest stars – but his rise to the top was curtailed by a ruinous drug habit.

Now, the self-proclaimed recovering addict is fighting his habit whilst he fights his way back to top.

Ray can admit now that he first went down the wrong path when he began to mix with criminals who encouraged drug use.

He even lost interest in his lifelong passion of boxing but luckily his family was supportive and he managed to turn his life around.

“My boxing trainers encouraged me to return to training. And I am happy with the progress I have made so far,” said the 26 year old.

“I hope my success in the ring will motivate those who are still trapped in drugs that it’s possible to shrug off the addiction and turn over a new leaf.”

Ray’s national title will be at stake against Andile Mntungwa from Cato Ridge in KwaZulu-Natal in Fourways, Johannesburg on Thursday evening.

Africa’s tournament will be televised live by ESPN Africa from the ECF Performance Institute.

Ray has yet to taste a defeat in seven fights and is trained by former multiple world boxing champion Sebastiaan Rothmann.

“It’s gonna be a tough fight but I am prepared for war.”

Mntungwa had few words to say except that he has set his sights on one thing.

“I am coming for his title.”