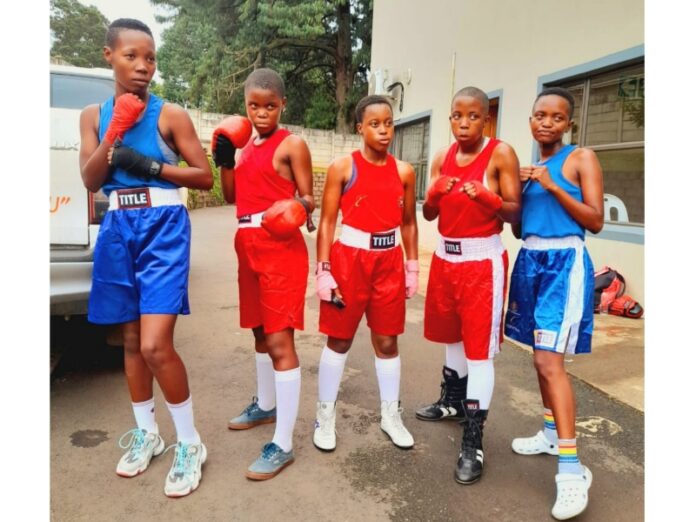 Featherweight boxer Lungi Mhlanga collapsed on Sunday after an energy-sapping fight in the KwaZulu-Natal Women’s Open Boxing Tournament at Xobho in the Harry Gwala District.

Lungi, who hails from Newcastle, was pitted against Siyamthanda Kunene from Ladysmith in their 57 kg bout, a fight scheduled for three, two minute rounds.

It was a furious fight from the first gong, with their supporters urging them on.

While Siyamthanda seemed to enjoy the upper-hand, she landed solid blows to Lungi’s head but couldn’t put her down. After three gruelling rounds, the judges declared Siyamthanda the winner.

But those attending the event drew a collective gasp when Lungi collapsed as she stepped out of the ring.

Medical personnel were immediately on hand to attend to her. Lungi’s trainer Asanda Kubheka later revealed that her boxer collapsed due to exhaustion and dehydration.

“It’s been almost a year since she was last in the ring. She really pushed herself hard but unfortunately became dehydrated. We were very worried but she is okay now and we can stop worrying,” said the relieved trainer.

The organisation’s deputy president Siziwe Mfeka hailed all the female boxers for turning out in numbers and putting up a great show, despite Lungi’s worrying health scare.

Gwala, Newcastle and Ladysmith regions to participate in the tournament.

“By staging this tournament, we want to keep these girls active. When the big tournaments come around, we want teams to send good boxers,” Mfeka said.

A boxing women’s commission was also elected. Buyi Buthelezi was appointed chairperson, with Nolubabalo Nzoyiya as her deputy and Neli Dlamini as secretary.