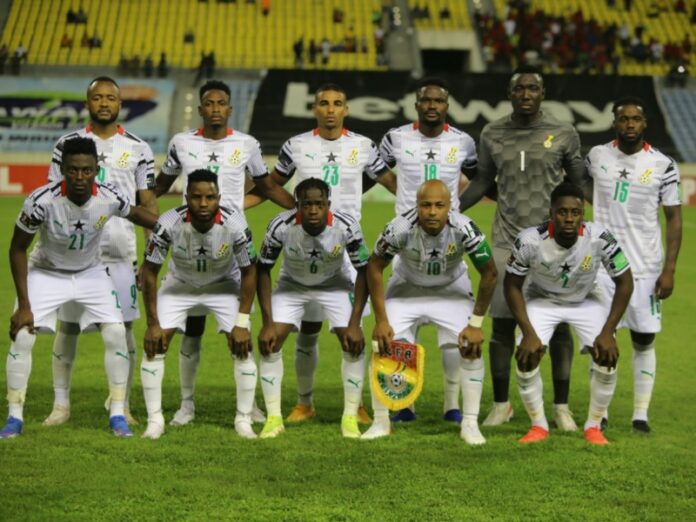 The current crop of Ghana players have been dubbed in the media as the country’s worst ever team following the Black Stars’ early exit in the African Cup of Nations (Afcon) on Tuesday night.

Since Ghana made their first appearance in the tournament in 1963, the team has always managed to win at least one game during the group stages. This record which has stood for the past 58 years in their 23 appearances, has now been broken.

The squad, led by captain Andre Ayew, only managed to get a single point after losing two games and drawing one. They began with a 1-0 defeat to Morocco before drawing 1-1 with Gabon in their second game.

Their disastrous campaign went from bad to worse after they lost their final match 3-2 to debutants Comoros to finish bottom of Group C. They played with 10 men for 65 minutes after Andre Ayew was red-carded.

Ghana’s next worst outing came in the 1984 tournament held in Ivory Coast, in which they exited after losing twice and winning once.

In Burkina Faso in 1998, the Black Stars matched this record and again exited the tournament after winning a solitary game and losing two others. They repeated this feat for a third time in Egypt in 2006.

Meanwhile, the country’s Minister of Youth and Sports in Ghana Mustapha Ussif is furious, and has summoned Ghana FA officials to an emergency meeting which has been set for Friday.

The FA will have to answer for the team’s embarrassing display, with coach Milovan Rajevac expected to be sacked.