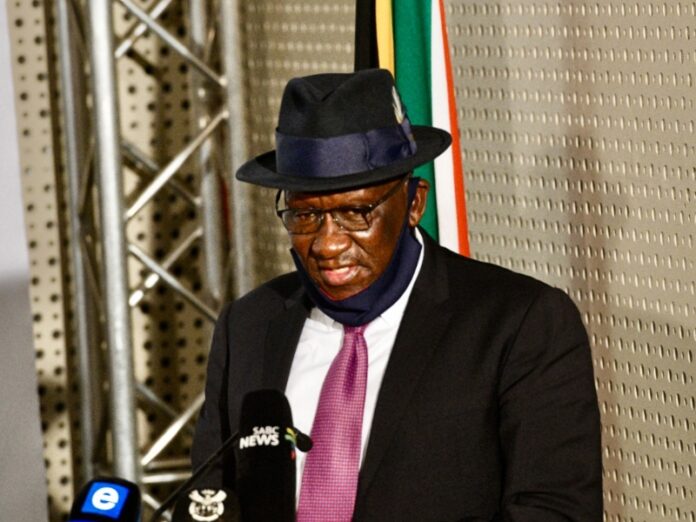 Police Minister Bheki Cele claimed that he was shut out of crime intelligence briefings ahead of the “failed insurrection” last July.

Cele made this claim while testifying at the South African Human Rights Commission (SAHRC) violence hearing into the July unrest on Monday.

The widespread looting and civil unrest across Gauteng and KwaZulu-Natal resulted in the deaths of 337 people and brought the country’s economy to its knees.

Although he said he was never briefed, Cele was among the officials who said that former president Jacob Zuma’s arrest could lead to widespread violence.

“Several people could have tried to stop if they could. I am one of those people who made himself available to speak to the old man… to see if things could be stopped before they reached a boiling point,” Cele told the commission.

“Once the Constitutional Court ruled that Zuma had to go to prison for not appearing before the State Capture Inquiry, things escalated quickly.”

Cele said after Zuma was transported to Escourt prison by officers deployed from other provinces, he met with them to thank them. He realised there was tension in the province and asked the officers to stay.

Earlier this month President Cyril Ramaphosa authorised the release of a 154-page report that investigated the causes of the unrest.

The report revealed that the police were inadequately prepared when the looting began.