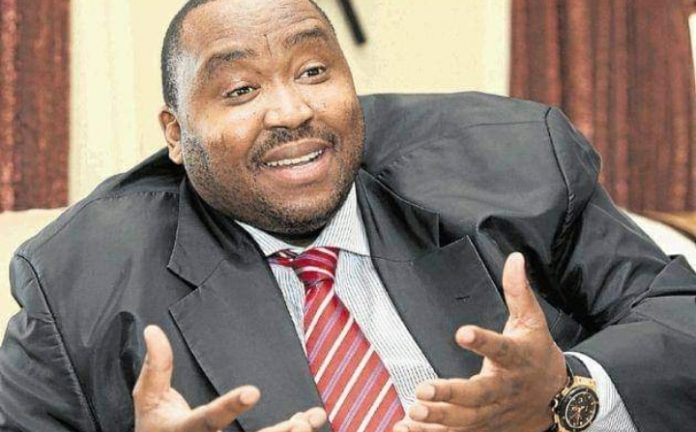 The concoction distributed by Khulubuse Zuma is not registered.

The South African Health Products Regulatory Authority (SAHPRA) has warned South Africans that they use the medicinal product distributed by ex-president Jacob Zuma’s nephew, Khulubuse Zuma, at their own risk.

This in spite of Khulubuse claiming that the product saved his life.

Yuven Gounden, communication manager of SAHPRA said: “We have heard about this product, and we can confirm to you that it is definitely not registered.”

Asked whether it is safe to use the product, Gounden said: “It is difficult to say at this time because we are yet to do our tests. But generally, we prefer people to use products that are registered.”

He said they would conduct the test soon, promising the results would be ready in two weeks.

Khulubuse, a controversial businessman who has ties with the mining sector, said they submitted Galela Oil to health authorities for tests to be conducted but they were still waiting for results.

Khulubuse said he joined the business after he was very ill with Covid-19 symptoms and he tried Galela Oil.

“I healed overnight. That’s when I decided to join this business and help distribute the product,” said Khulubuse.

He said they had distributed the product to Covid-19 hotspots in KZN, Gauteng, Eastern Cape, and the Western Cape.

Galela Oil is headquartered in Joburg. The prices of the products range from R900 to R15,000 depending on the package. He said the response from people is beyond their expectations.

Thami Mtshali, the business owner, said they would continue to distribute their product while they waited for the test results by SAHPRA.

Mtshali added that they had received test results from the Council for Scientific and Industrial Research (CSIR), which he is an ex-board member of.

“They found nothing hazardous and concluded that the product is safe for consumption.”

Mtshali, who has a chemical engineering degree from The University of Akron, Ohio, USA said they have sold close to 30,000 bottles countrywide.

He said they wanted to help the South African government.

“We want to help our country to fight Covid-19 and see more people recovering.”