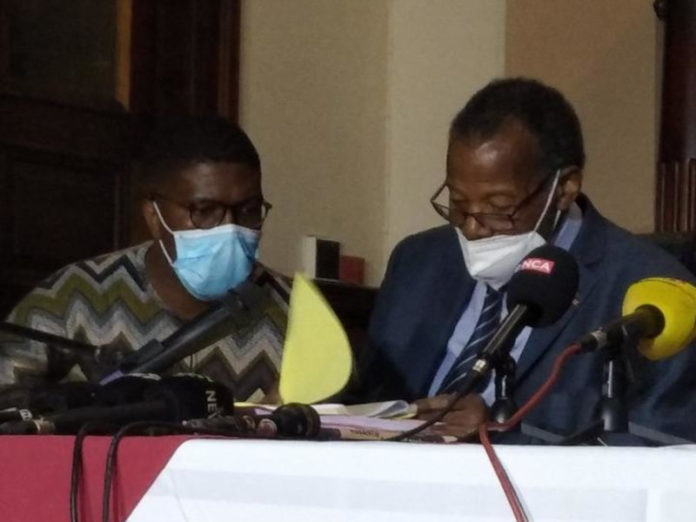 Love him or hate him, but there is no denying that Prince Mangosuthu Buthelezi has done sterling work in leading the Zulu Royal Family through its most difficult period.

Since the death of His Majesty King Goodwill Zwelithini on 12 March, Buthelezi has stood head and shoulders above all the elders in the Zulu Royal Family to manage the internal race for succession.

The King died at a time when his Great Wife Queen Shiyiwe Mantfombi Dlamini Zulu was in Eswatini being treated for stomach poisoning.

It immediately became clear that the Royal Family was at risk of being ripped apart with King Zwelithini’s first wife contesting his will and demanding 50% of the entire estate, while different princes were openly vying for the throne.

Buthelezi features in some of the worst chapters of South Africa’s history before 1994, when he often conspired with the apartheid goverment. But nevertheless, at the age of 93, Buthelezi, the maternal great grandchild of King Cetshwayo kaMpande, showed immense leadership skills to guide the Zulu nation, South Africa and the world on how to prepare a burial for a king of the 12-million strong Zulu nation.

He did this through difficult conditions under Covid-19 regulations.

For instance, many South Africans did not know that Zulu kings are buried at predawn and the ceremony is attended by men of the Zulu Royal bloodline.

The Zulu Royal Family crisis deepened on 29 April when Queen Regent Mantfombi Dlamini Zulu died before she was able to nominate the next king of the Zulu nation.

After her funeral, the reading of her will in which she nominated her son, Prince Misuzulu Zulu, as the next king posed such a threat on the life of the incoming king that he was whisked away to Eswatini under heavy security protection.

Through all this Buthelezi fought day and night to preserve the integrity of the Zulu Royal Family.

It is for these reasons that it seems unfortunate to hear that the new Zulu Monarch King MisuZulu Zulu kaZwelithini is about to make his first big mistake: firing Prince Buthelezi from his position of Traditional Prime Minister of the Zulu monarch and nation.

This is a position Buthelezi has held for over seven decades, guiding the late King Zwelithini KaBhekuzulu and the Zulu nation through numerous developments.

Removing Buthelezi now at the age of 93 serves only to humiliate him and could reopen new cracks in the shaky unity of the Zulu Royal Family.

A unity that remains alive with the help of Shenge, as he is affectionately known.

As it is, the affairs of the Zulu Royal Family are expected to be laid bare at the Pietermaritzburg Court where Queen Sibongile Dlamini is demanding a 50% share of the entire estate of her late husband.

No matter how ugly this contest becomes, Buthelezi will be the pillar that will hold the royal family together.