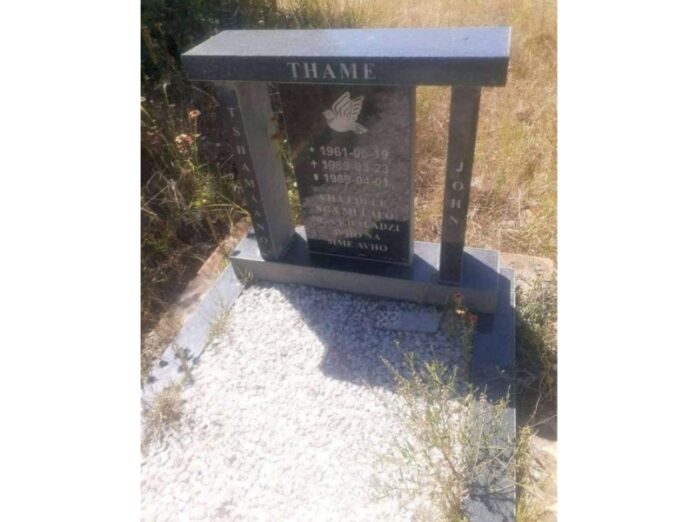 It has been almost two months since the man who “came back from the dead” has been reunited with his apparent family in Hamagau outside Makhado.

But the joyful reunion has been cut short, after a DNA test found the man in their home is in fact not their relative!

John Tshamano Thame was believed to have passed on in 1989 and was buried the same year.

For over three decades, his family thought he was resting peacefully at the local graveyard.

But something unusual happened when a relative spotted someone who looked like him at a garage far from his home.

He was swiftly reunited with his family who were overjoyed to see him. But to be on the safe side, they ordered a DNA test to confirm that the man they have welcomed back into their home was indeed John.

All along they have been waiting for the results of the DNA tests, while John has resettled into his old home.

To their shock and horror, the results came back negative; the man they brought into their home is not John.

But astonishingly, the family has rejected the science, and insist that the old man is their beloved relative.

Family spokesperson Peggy Maano said they are very doubtful of the results.

“These results are far from the truth. All body marks show he is a member of the family. We wonder why the results came back negative and we believe the tests were not done the right way.

“In this instance they were done with the younger brother and we feel it was wrong.

This was supposed to have been done with the mother.

“This is wrong and we are going to sit down as a family and discuss this issue of DNA and then we will see what to do going forward,” she said.

Calvin Nengudza of the Real Man Foundation has been coordinating with government departments organising the man a place to stay after he indicated he wanted to leave for home. He said he would await the decision of the family.

“We have done our part and the DNA outcomes have been communicated to us.

We cannot make a decision for the family. We are giving them time to understand the implications of the DNA results,” he said.