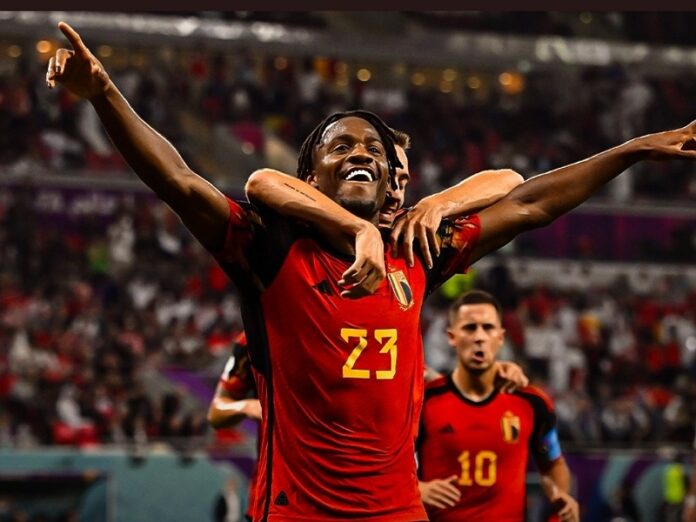 It was a hard-fought encounter at the Ahmad bin Ali Stadium with a Michy Batshuayi goal just enough to get Belgium off the hook and off to a winning start at the Fifa World Cup.

The Canadians were presented with a perfect opportunity to score their first ever World Cup goal, with Bayern Munich star Alphonso Davies taking the penalty kick to put them in front after just ten minutes.

Belgian Yannick Carrasco was judged by VAR to have handled the ball in the area, giving Canada an early penalty. But it was not to be.

Thibaut Courtois made a vital save to keep it 0-0.

John Herdman’s side continued to give it their all going forward, matching Belgium for possession and looking threatening when running in.

On the brink of halftime, Belgium showed why they are the second best ranked Fifa nation, with Toby Alderweireld combining with Batshuayi for a moment of brilliance to give Roberto Martinez’s side the lead.

Belgium played a cool second half to see out the win, despite Canada seeming a true force to be reckoned with, with 22 scoring shots to Belgium’s nine.

The two sides face Croatia and Morocco who played out a goalless draw in Wednesday’s early kick off.