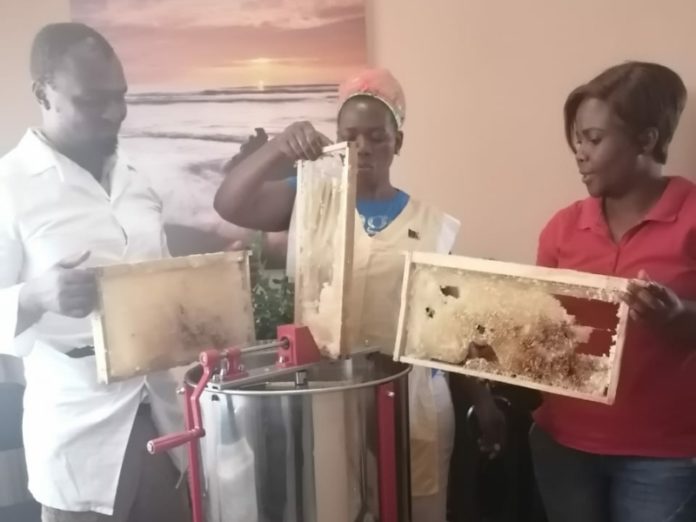 Over 100 beehives are dotted around the fields in the area of Ten Morgan outside Winterveld in Tshwane. Honey is collected from them everyday and sold to pay the accommodation fees of impoverished varsity students.

Three years ago, Nomsa Nthwane had just 10 beehives, but after seeing students drop out of university because they could not afford to carry on, she felt moved to take action.

She came together with a group of women from the community, and together they began to harvest honey, sell it, and donate what they earn to struggling students.

The project has also taken on board ten unemployed women from the village.

“As a university graduate, I know the pain of being financially excluded and knowing that your family will not be able to afford to cover the required costs,” she said.

Every year, hundreds of students are forced to cut short their education because they cannot afford to pay for the expensive registration funds or accommodation costs at tertiary institutions.

Nthwane said some graduates are stuck with exorbitant debts as a result of student loans that they are unable to pay off because they are unemployed.

“It is heartbreaking seeing someone’s dreams fading away because they come from a poor background,” she said.

The qualified chef and financial advisor wanted to make a lasting difference in her village that will also help feed and empower unemployed women.

She identified a market for honey from a local woman who was collecting honey informally in the area and she invited others to join her in her journey.

After starting with 10 bee boxes, they now have over 100 boxes that are collected daily to extract the raw honey which is sold for commission to sustain the project.

Thabo Ndala, who’s a beneficiary of the initiative, told Scrolla.Africa that the project is bringing a positive light to their forgotten village.

“When I heard about their initiative I decided to join them and they offered to assist me with my outstanding fees and I am actively involved so that other beneficiaries from the village can also benefit,” she said.

“There are no opportunities for young people and many move out as soon as they complete their studies, but through this initiative we are hoping to make a difference.”