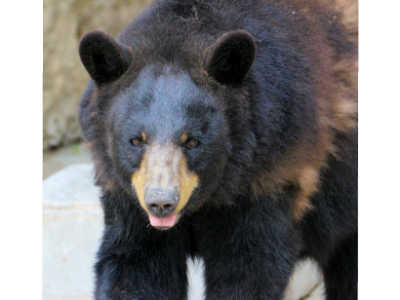 A woman in the American state of Alaska had the scare of a lifetime when she was attacked by a bear from below while doing her business in an outhouse.

“I got out there and sat down on the toilet and immediately something bit my butt right as I sat down,” Shannon Stevens told the Associated Press. “I jumped up and I screamed when it happened.”

Shannon, her brother Erik and his girlfriend had gone into the wilderness to camp.

Her brother heard the screaming and went out to the outhouse. There, he found Shannon tending to her wound. They at first thought she had been bitten by a squirrel or something small.

Erik had brought his headlamp with him to see what it was.

“I opened the toilet seat and there’s just a bear face looking right back up through the hole, right at me,” he said.

By the next morning the bear had gone off.

They figure the bear got inside the toilet through an opening at the bottom of the back door.

“I expect it’s probably not that bad a little den in the winter,” Shannon said.

Shannon swears that in future she’ll look under the lid before sitting down.