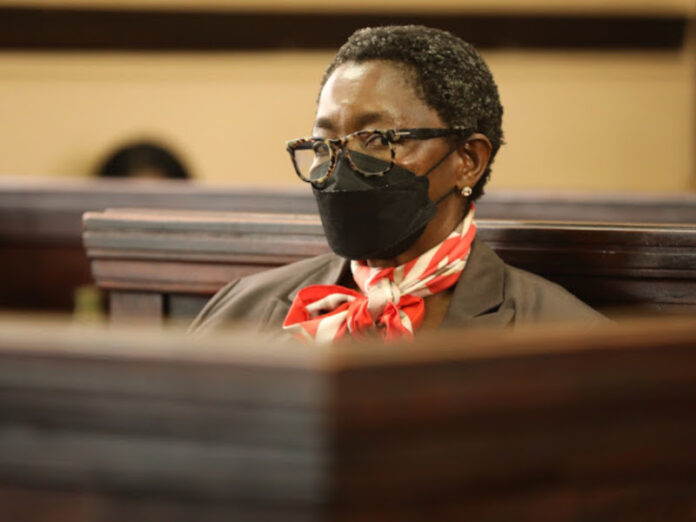 ANC Women’s League president and the former minister of social development Bathabile Dlamini has been found guilty of perjury.

“The accused is found to have knowingly and intentionally disposed of false evidence,” said Johannesburg magistrate Betty Khumalo whilst delivering her verdict on Wednesday afternoon.

The 59-year-old politician was charged for giving false evidence at the inquiry into the mismanagement of social grants at the South African Social Security Agency (Sassa).

The enquiry, headed by retired Judge Bernard Ngoepe in 2017, investigated whether Dlamini should be held personally liable for the legal costs incurred in the prolonged Sassa crisis.

The incident in question left millions of grant beneficiaries uncertain if they would receive their money.

Magistrate Betty Khumalo said the state had succeeded to prove the main count of perjury against Dlamini when she said the work streams did not directly report to her and that she did not attend meetings of the work streams.

“The accused knew that this was not the truth,” said Khumalo.

“She had directed that the work streams should report to her directly and she had attended the meetings.”

Khumalo confirmed that the prosecution found its case beyond reasonable doubt and the former minister had lied under oath.

Dlamini appeared to be in a state of disbelief when the guilty verdict was delivered. Several ANC members were in attendance to support her, including the suspended secretary-general Ace Magashule.

Upon being charged with perjury after a Constitutional Court judgement, the inquiry suggested that the Women’s League president pay the costs of the social grant incident out of her own pocket.

However, that suggestion never materialised with Dlamini only admitting that the work streams meant to make the social grant payments were due to report to her.

Dlamini’s legal team argued last month that their client should not be found guilty of perjury due to the Section 38 proceedings, including the Ngoepe Inquiry, which were not formal judicial cases.

The court disagreed with the team’s argument.

The court will now decide on a suitable judgement for Dlamini, who denied lying under oath and still maintains the verdict given against her was the wrong one.