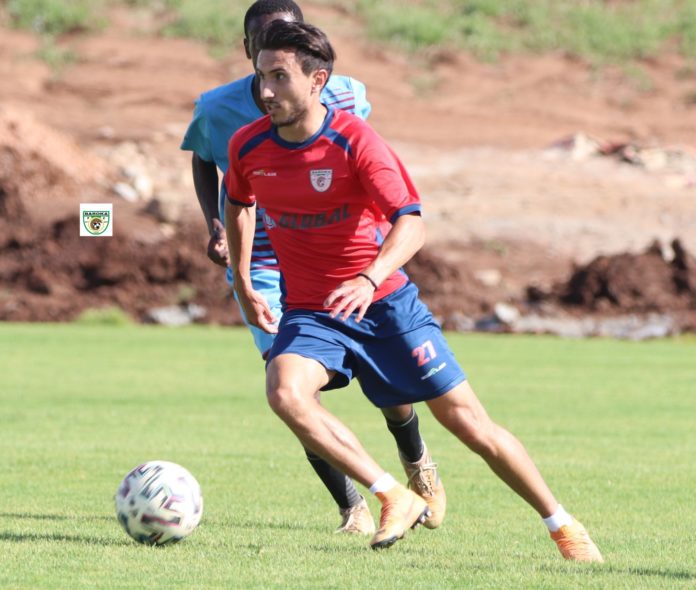 Baroka FC have shown why they consider themselves title contenders this season and not just adding numbers in the DStv Premiership. Baroka came from a goal down to beat Chippa United 2-1 at Old Peter Mokaba Stadium in Polokwane on Sunday afternoon.

This defeat has put more pressure on Chippa’s coach Lehlohonolo Seema, who saw his team losing their third league match this season. The Lesotho-born coach’s future at Chippa could be decided sooner rather than later.

A goal from Sandile Mthethwa just four minutes before half time gave Seema a glimpse of hope. Seema knew that anything less than a win could see him in deep trouble with his trigger-happy boss Siviwe Mpengesi.

Mthethwa’s goal was the only difference between the two going into the break but it changed in the second stanza.

A lapse of concentration at the back cost the Chillie Boys and Evidence Makgopa’s equaliser in the 66th sent a warning to Seema. Chippa were by then regretting the goal scoring chances they squandered in the first half.

In the 76th minutes Richard Mbulu came with a winner that took the home team to third place on the log table with 11 points. That win saw Orlando Pirates dropping to fourth place after occupying the third spot for a while.

In the 80th minute things went from bad to worse for Chippa. A moment of craziness led to Mdu Sibeko getting a red card after a bad tackle and that means Seema will be without him for the next two matches.

The defeat saw Chippa dropping to twelfth position with five points after six matches. They could still see themselves further down with three teams below them still to play their round of six matches in the midweek.