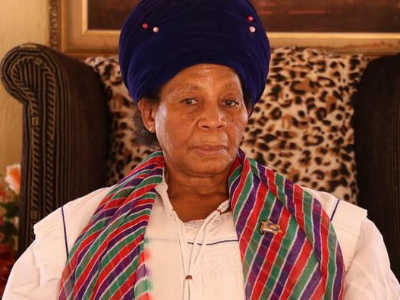 The Bapedi nation might have to wait for years before they have a king.

That’s because none of the late King Victor Thulare’s four children were born from a so-called candle wife, a woman selected by the nation and married off to the royal household for the express purpose of giving birth to a male child.

The queen mother Manyaku Thulare has been chosen as the interim leader of the Bapedi nation in Sekhukhune, Limpopo.

This follows much discussions, meetings and mutual agreement amongst elders after the death of King Victor Thulare III two months ago.

He was the son of queen Manyaku.

Royal family spokesman Ntoampe Mampuru said the nation is going to find a candle wife in Lesotho to come and give birth to the king.

Mampuru said Queen Manyaku’s appointment is very significant as it will help the nation to get through what is a difficult period of mourning.

“The appointment comes at a time when South Africa continues to recognise and advance the rights of women into positions of power and leadership in all sectors of society, including traditional leadership.”

Mampuru told Scrolla.Africa queen Manyaku’s appointment puts to rest any fears about the succession process following what was a difficult and protracted legal dispute over the head to the Bapedi throne.

Mampuru added that queen Manyaku has always loved the Bapedi people and has stopped at nothing to ensure their needs are always at the forefront.

“The late king was widely respected for his love and wonderful leadership. Queen Manyaku has always been credited as teaching the king to love his people,” said Mampuru.