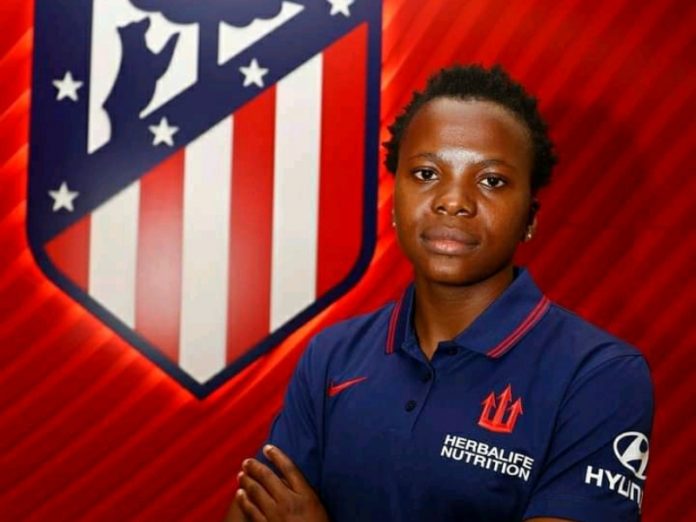 Banyana Banyana stars continue to raise the bar in European football and it hasn’t gone unnoticed.

Kgatlana has signed a two-year deal with Atlético de Madrid, one of the biggest teams in Europe, from SD Eibar.

The 25-year-old enjoyed an impressive season with the Spanish side, scoring 10 goals in 21 matches and helping Eibar to finish 14th on the log last season.

Her sharpness in front of goal attracted the Spanish giants, who finished fourth last season.

Speaking on the club’s official website, the 2018 African Player of the Year said she was very happy to be at Atlético de Madrid.

“As a footballer, you always dream of playing for the best clubs. My first goal is to be a team player and to work hard for the team. I am very happy to be able to join you. I can’t wait to meet you,” Kgatlana told her new club.

Rifileo Jane, her Banyana Banyana teammate, has been exceptional for AC Milan in Italy. The 28-year-old signed a one-year contract with the Italian Serie A Women’s League outfit in 2019.

She made such an impression with the club hierarchy in her first season that they have decided to hand her a new deal. On Wednesday, her contract was extended by two years.

Their achievements should offer huge encouragement to locally based players, especially female players who have ambitions of playing abroad. The experience these two will gain in their adventures will also help Banyana in their upcoming Women’s African Cup qualifiers.

The games were originally scheduled to start in June but due to Covid-19, they have been postponed until October. The tournament itself is set to take place in Morocco in 2022.